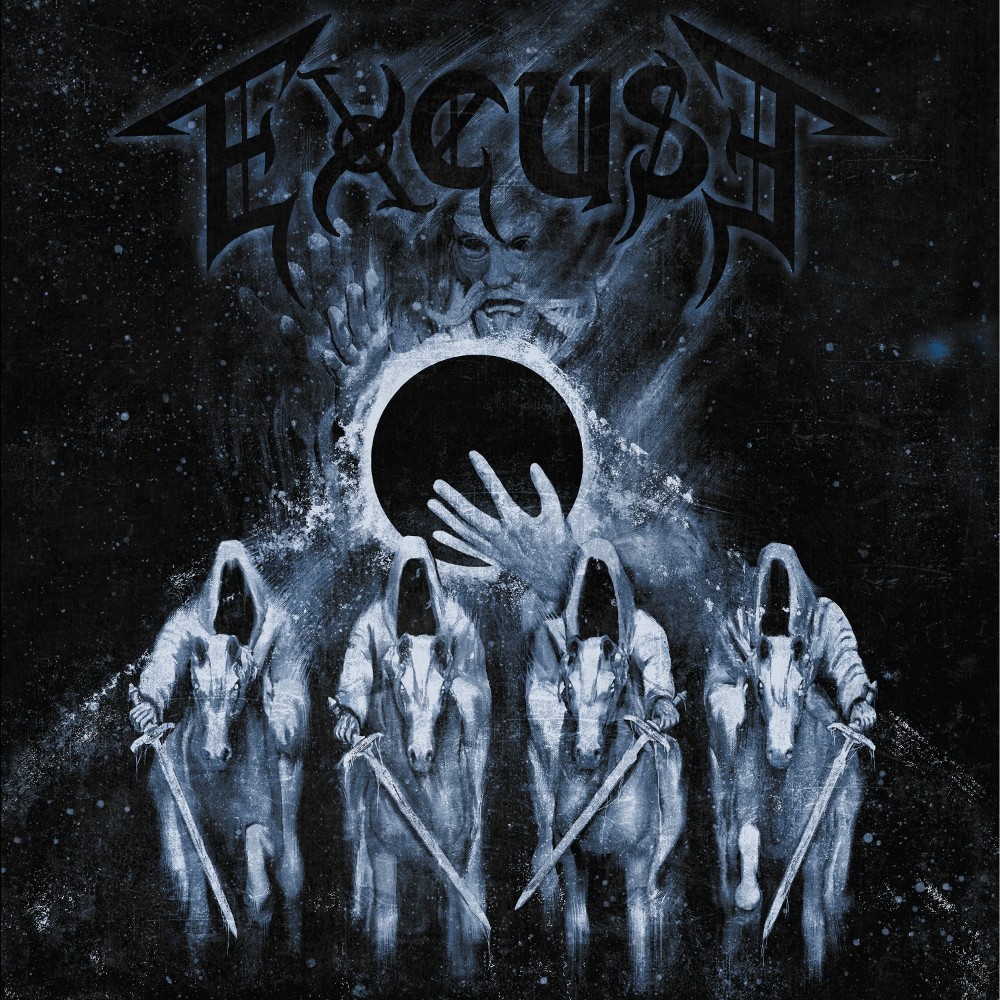 EXCUSE – Prophets From The Occultic Cosmos

The debut album from the Finnish death/thrash metal ensemble is consistently pulverizing ancient Kreator/Slayer played in a traditional Judas Priest/Iron Maiden manner, with some progressive tendencies, showing great potential but not enough variation to sustain the listener’s interest.

The Helsinki quartet presently featuring Oskar Lindström (vocals, guitar), Atte Aaltonen (bass, backing vocals), Anselmi Ahopalo (lead guitar) and Tatu Lybeck (drums), formed in 2009 and debuted with independently released demo (2013) followed by series of short releases which led to "Prophets From The Occultic Cosmos". The music is strongly reminiscent of Helloween’s debut "Walls Of Jericho", especially on the opening "Black Crystal Visions", and that the title recalls Mastodon is hardly coincidental as the title track makes abundantly clear. The material being fairly even it is hard to pick a favorite but "Blade Of Antichrist" seems to be more pulverizing, faster and to the point than all of the remaining 5 tracks, shining in the armor of old Teutonic glory. Although this sometimes fairly melodic album is rather consistently in the same vein, there are few places where progressive tendencies take over such as on the closer "Watchtower Of The Trans-Dimension" of which beginning recalls Metallica’s "For Whom The Bell Tolls" and then features some interesting acousting work in the middle and at the end. Clearly these guys are talented and skilled, inviting the listening ear of latter Deceased fan although Excuse is nowhere near as good as Deceased.

What I don’t like about this album is the lack of variety, even with those little twists and turns and melodies, which are too little and not enough to shake off the impression that you’re listening to six different versions of the same track, in which aspect Excuse recalls the inferior Mortal Scepter and it becomes abundantly clear on the least interesting "Goddess Injustice". Accordingly, the production could have been better, especially considering those progressive tendencies.

If a fist to the face sonically, not one creatively, Excuse manages to raise my head but hardly my heart. I suggest using the closing track as blueprint for expanding the progressive arm while working on diversifying the songs within. And how about some vocal variety?