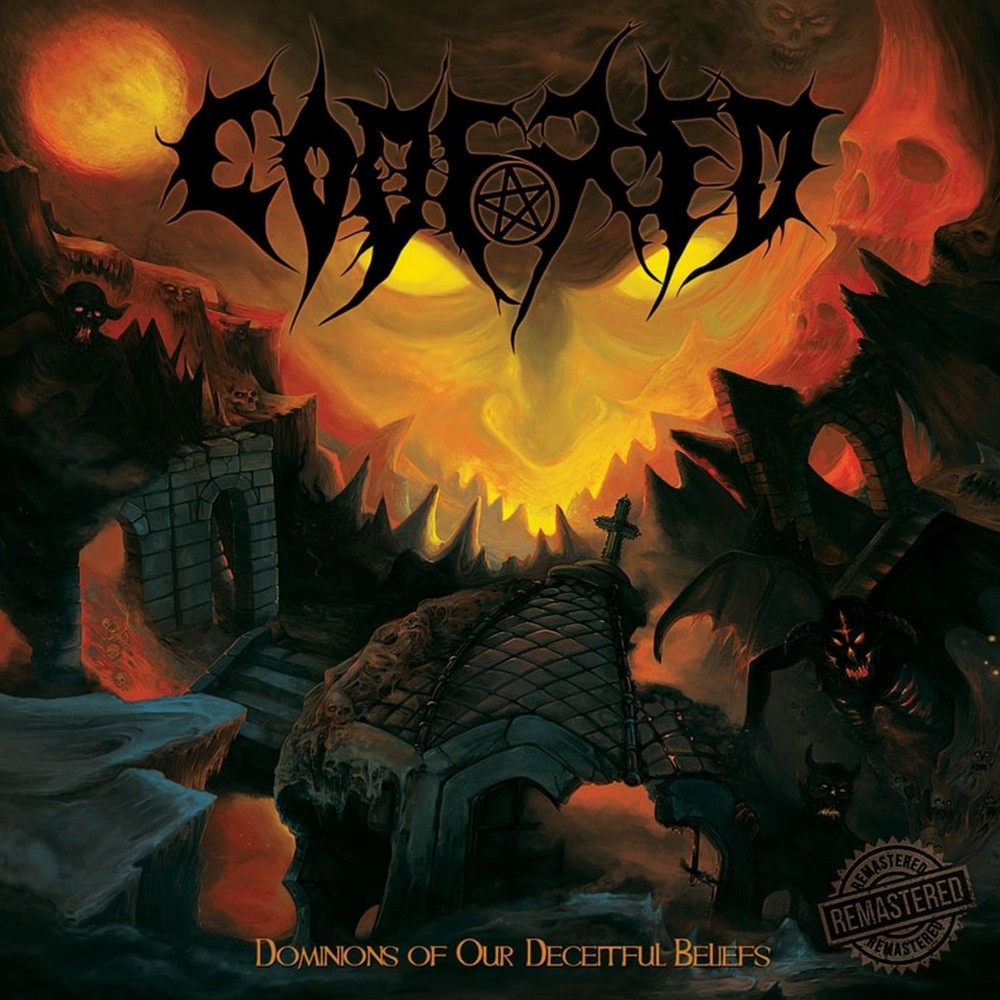 CODERED – Dominions Of Our Deceitful Beliefs

Here’s a blast from the past, another one in the line of old Loud Rage Music releases which only now got its time of the day. The Romanian death metaller’s debut is a very good record in the vein of early Immolation and Morbid Angel, with hints of Vader, with impressive musicianship throughout.

I’m not sure if the quartet featuring Andrei Calmuc (vocals, guitars), Armand Niculescu (guitars), Ioan Campian (bass) and Septimiu Hărşan (drums) took their name from the excellent Sodom record, especially since there are no hints of the German thrash in their music but "Dominions Of Our Deceitful Beliefs" is a very good death metal record for a debut, which surprisingly gets very melodic almost crossing into the melodeath territory. The prime example is the favorite excellent "Crowd Control" partially recalling Death’s "Human", especially in the audibility and ubiquity of bass, probably the most melodic and catchiest of the 8 songs, strangely with no rival on this 43:09 minute record.

On the other hand, most other tracks are still of very good quality, such as the old Immolation-driven opener, "At His Appearance Dark Red" or "Symptoms Of General Decay" recalling Soilwork’s "My Need" or the Monstrosity-ic "The Sixth Sun" with the very melodic lead a’la My Dying Bride’s "Edenbeast", while the album closer (if you don’t count the bonus track, "I Am The One", where I am reminded of Devilyn’s excellent "Reborn In Chaos" classic), is similarly structured to Morbid Angel’s "God of Emptiness" (Burning Wrath), with a strong classic Gorefest vibe for good measure. Overall, the dual Calmuc/Niculescu guitarwork can get very technical without sacrificing the hooks spread out liberally throughout "Dominions…" with the Campian/Hărşan section providing a nice low and powerful end, which brings me, however, to the flaws.

One of the major flaws of the album is the lead guitarist’s Nicolescu’s mix and Brian Elliott’s Floridian mastering. To these ears, although everything is at the proper level, the overall guitar tone is so dry and Chaos A.D. Sepultura-ish it only passes for death metal because of the music executed in the style, whereby the warm Steve Di Giorgio-inspired yet unique bass acrobatics (Above Desolation) can feel slightly out of focus because of the cold steel that comes out of the speakers. It’s as if during "Human" or "Individual Thought Patterns" recording Death’s Chuck Schuldiner suddenly switched to the "The Sound Of Perseverance" tone. These are minor issues to fix on the sequel but they do take away from the listening experience.

"Dominions Of Our Deceitful Beliefs" is an impressive record with excellent performances and musicianship and passable songwriting quality for a debut, even in the 9th year of existence. As it came out almost 6 years ago I expect Codered to be planning on, if not already recording, a sequel which I’d gladly sink my ears into, when it’s out.