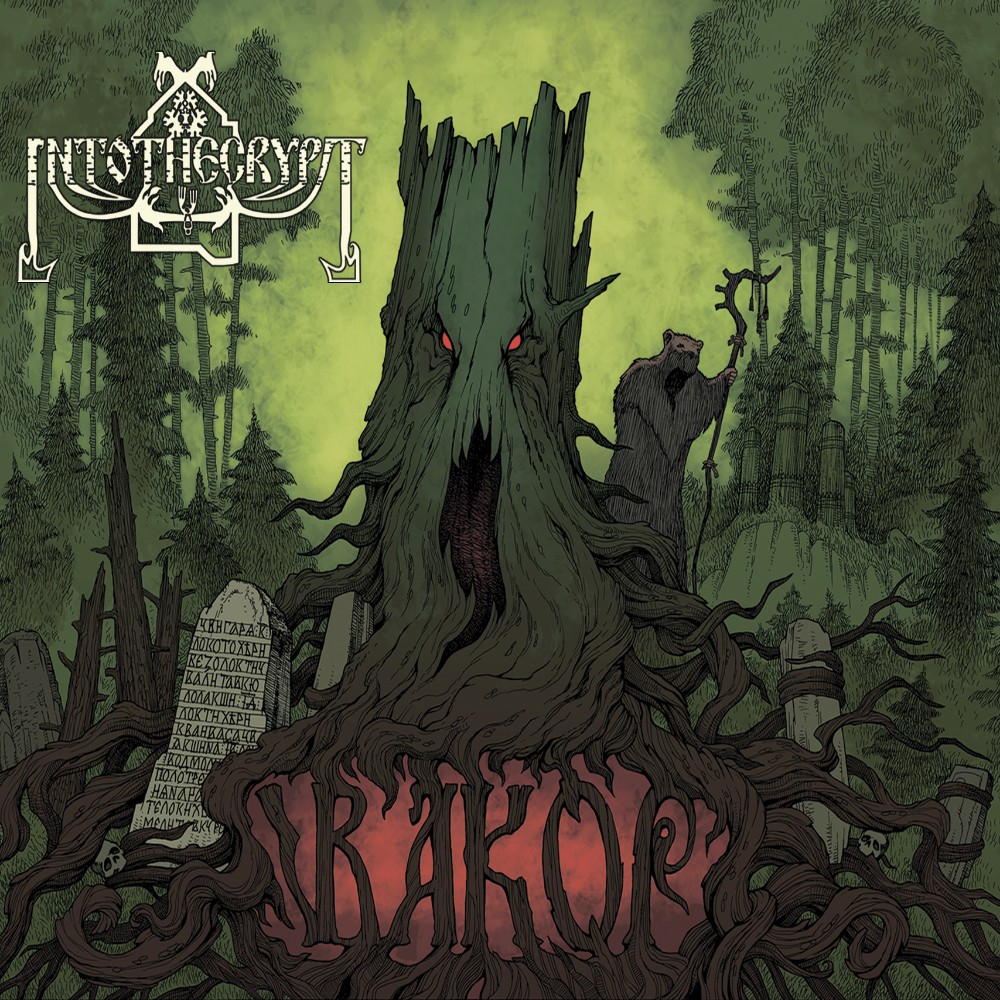 The Russian death/doom folk metal band of Scald members create a very dark and foreboding album in the vein of Bathory, old Amorphis and Paradise Lost/My Dying Bride with dominant Slavic and Finno-Ugric mythology elements for a fairly unique yet inconsistent quality debut.

"Vakor" lyrics, written in Ancient Russian/Finno-Ugric grammar and dialectal vocabulary, are written from the viewpoint of a shaman who lived at a crossroads of Slavic and Finno-Ugric cultures and practices both cultural beliefs and magics. This is evident from frequent chantings, eerie, ominous atmospherics and varied male/female declamations combined with folkish instrumentation. When it works, the early Peaceville and Bathory clash with those elements in a similar manner known from the works of Nile or Behemoth, all of which enhance the music for a fairly unique outcome, as in the infectious title track which also recalls Draconian and Obituary, or in "Yavi Sya, Merek!" with a strong "Icon" Paradise Lost Gregor Macintosh-ian melodic leads. When it works less, Intothecrypt waxes early Tiamat-ic and Dark Tranquillity-ian for a less intricate melodicism (Si Mas Ver – This Is My Place). Of note, in this regard, are also the jazz rehearsal-like Tool-ish "Tako Rassekayut I Na Udy" and excellently melodic "Karelian Isthmus" Amorphis-driven "Deko Po Markushe" before the songwriting takes a nosedive, seemingly overwhelmed by the folkish narrative and instrumentation.

From the purely musical standpoint, "Zemlya Vedmezhya", "Mga" and, especially, "Dolne Videnie", which is not much more than a devout conversation between a wizzard and a witch, these are the weakest tracks on "Vakor", lacking the complexity, the melodicism and the harmony of the aforementioned standouts. In fact, the 2nd half is clearly weaker and less interesting than the 1st, the songs seemingly more haphazzardly written. Perhaps, to guess the intention of Ilia “Velingor” Timashev (bass/vocals), Ivan "Harald" Sergeev (guitars), and Aleksandr "Ottar" Kudryashov (drums/percussion), if they wanted to include those elements they should have been better balanced with the death/doom instead of that aspect given a cursory consideration in comparing to folk.

"Vakor" is certainly a strong debut, well executed debut with great potential suffering from the usual problems of debuts: inconsistency and inability to merge disparate elements, the amps-covered-with-heavy-blankets production. When reined in it could become a mighty river like Nile or a fierce beast like Behemoth but, for now, let us simply rejoice they have arrived.

CODERED – Dominions Of Our Deceitful Beliefs