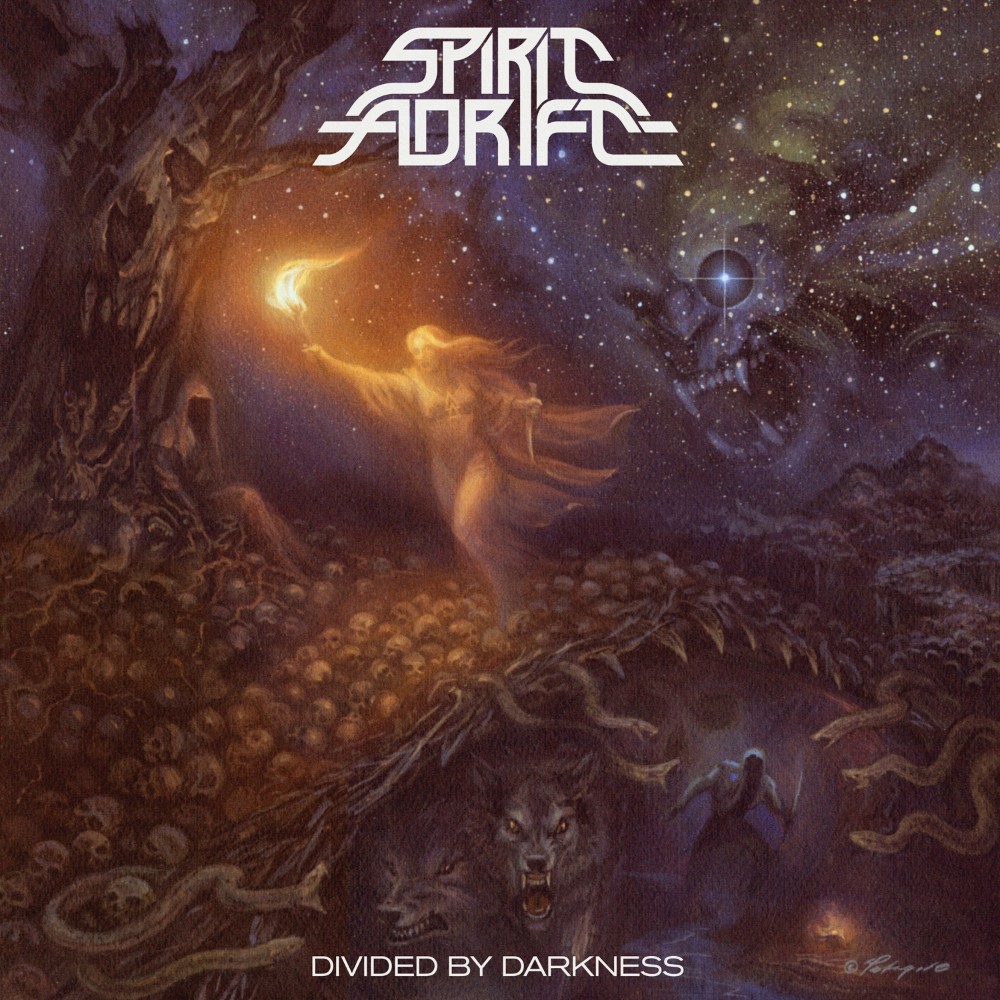 On first contact this Arizonian doom metal band sounds little like doom but rather a traditional heavy metal band with doom influences. Having recorded 3 albums in 4 years of existence is pretty impressive on its own but on "Divided By Darkness" Spirit Adrift, despite wearing some of their influences on their sleeves (Baroness, Mastodon, High On Fire, Mercyful Fate, Ozzy Osbourne) created a fairly original and memorable concoction of doom and traditional heavy metal with hooks and melodies galore without sacrificing any of their inherent heaviness.

Given that the group consists of practically two members – Nate Garrett (vocals, guitars, bass) and Marcus Bryant (drummer) and that their 3rd album is fantastically produced by the band and Sanford Parker, we should already award extra points, but the songwriting is one of the kind where they could have gotten away with less on some of the tracks but chose to impart more details and transitions. I love when bands do that. Take, for instance, the favorite "Angel And Abyss", starting like Machine Head’s "A Nation On Fire" but morphing into the kind of modern Iron Maiden’s "Children Of The Damned" only to transition into a heavily Ozzy’d All That Remains’ "The Air That I Breathe" with a magnifiscent solo worthy of Randy Rhodes. Or consider the muscular "Living Light" with a catchy Prong-ian chorus and a surprisingly progressive rock transition. How about the Dark Tranquillity-ian/My Dying Bride-ian "Tortured By Time" or the Crowbar "Planets Collide" – inspired title track?

While "Divided By Darkness" contains no weak tracks, some of them, comparatively could have used more variety instead of relying solely on strong verses and choruses. Also, the closing track "The Way Of Return" does not fully convince me as an instrumental and Nate’s Osbourne-sque/John Dyer Baizley (Baroness) vocals could have taken it to greater places.

Overall, "Divided By Darkness" is a very satisfying meal. It will appeals to fans of any heavy metal genre and the high level of memorable songwriting provides enjoyment for multiple spins as you discover more details previously unheard. Very recommended.