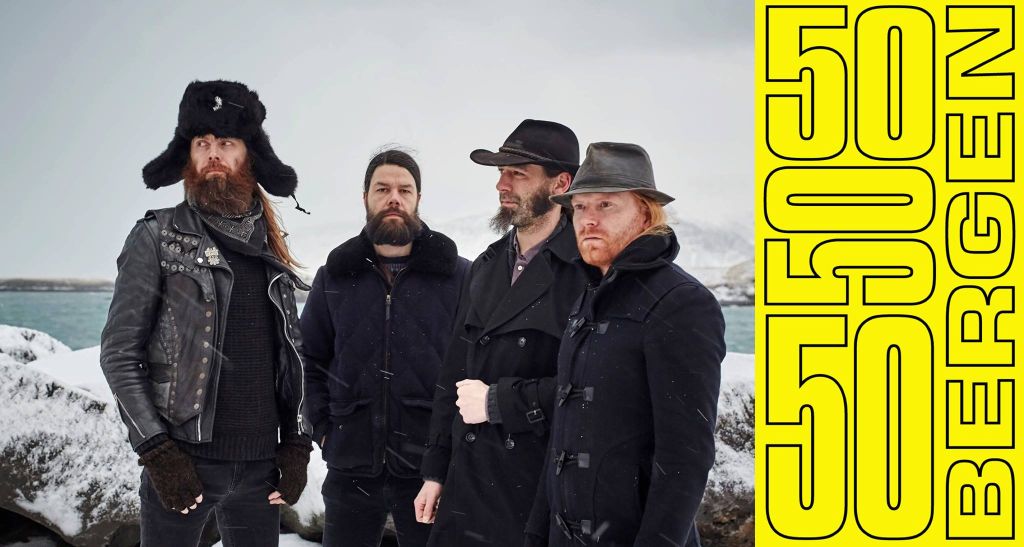 The musically stimulating and highly slippery entity that is Sólstafir paid the cozy and dimly lit venue that is Hulen a visit last night, and that turned out to be pretty fucking amazing experience for those of us who attended the gig as the progressive Icelandic ensemble chimed in with an exhilarating performance that left us all floored. The band started out playing pagan/viking metal way back in the day and have gradually moved towards something that basically transcends genres and conventions and whatnot, which is what I meant by slippery above. The rather diffuse term that is post-metal gets thrown around a lot these days and somehow I just think that Sólstafir are above and beyond that. Progressive rock, viking metal, minimalistic rock, hard rock, and…well, you get the picture – they cover a lot of musical ground. The important thing was that they were in town and that such an event was inspiring in and of itself.

There was a palpable sense of excitement in the air and the fact that there were no supporting acts made the wait seem like an eternity, but I reckon that was merely because I was well and truly psyched about watching the band on stage again as it had been ten years since my previous encounter with the outfit in a live setting. That was back in Copenhagen when they were touring with Code and Secrets of the Moon. All three of them were electrifying, but I clearly remember that there were only thirty drunken idiots there that day and I felt so bad for the bands. Luckily, there was a really good turnout at Hulen yesterday (especially for a Thursday night) and by the time Sólstafir went on stage, the first few rows up front were packed with fans and devotees who were eagerly awaiting their arrival.

Words such as explosive and disciplined came to mind as they tore through such emotionally charged tunes as "Náttmál", "Ótta", "Djákninn", and "Fjara" among others. The warm and pulsating pieces covered the hugely introspective, the downright tempestuous, and everything inbetween the two. "Goddess of the Ages" served as the encore (only that the band never actually went off stage before they lauched into this classic cut), but the real highlight for me was the heartfelt and utterly chilling rendition of "Blafjall". The set list covered quite a bit of the discography and it did not feel as if anything was forgotten, neglected, or somehow left out, and it was marvelous to behold how seamlessly the songs all flowed together and collectively turned into one big and overwhelmingly atmospheric experience. These skilled dudes were undoubtedly a tight unit, but things never turned rigid or stale, and their dense compositions went down a storm and sounded magnificent.

As the appreciative certainly also made clear last night, Sólstafir delivered a captivating show and there is a unique aura as well as a strange sense of beauty and vigor to what they do that is nearly impossible to sum up into words, which is why my advice to you is that you make sure you catch these guys live on tour somewhere near you.