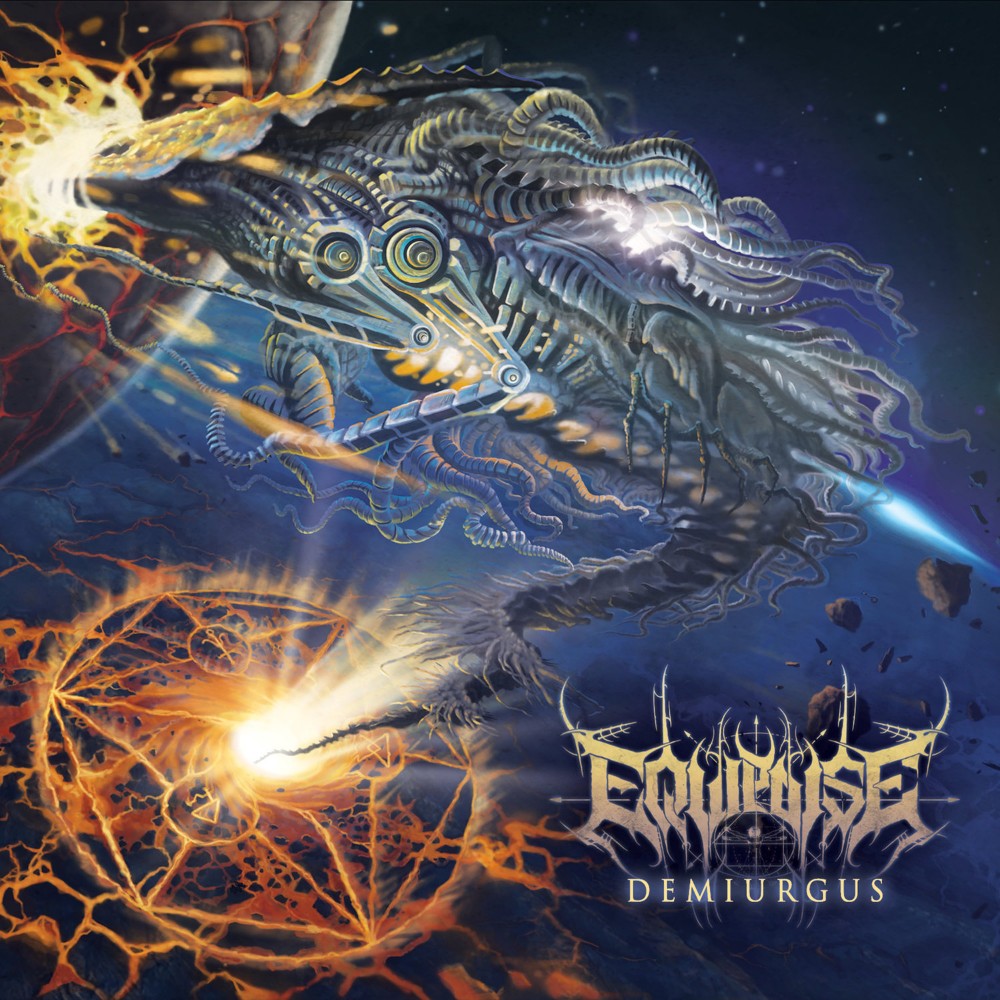 Technical/progressive death metal can be a tricky genre: complicate it too much and you exchange a song for a display of skills without much substance behind it. Loosen it up too much and it comes undone. It really takes great skill, a sense of purpose and balance to play this genre and these seven Pennsylvanians, Stevie Boiser (vocals, lyrics), Nick Padovani (guitars), Phil Tougas (guitars), Sanjay Kumar (guitars), Jimmy Pitts (keyboards), Hugo Doyon-Karout (fretless bass) and Chason Westmoreland (drums), know it and mean business, what with their moniker a synonym of balance. After forming in 2015 they only released one EP, "Birthing Homunculi" (2016) before setting out to create their massive debut LP, "Demiurgus" (an allusion to the Gnostic concept of a "demiurge", the evil, inferior creator god that supposedly authored the creation of man) the subject of this review. Have they managed to avoid the pitfalls of the genre while striking the proper balance?

Much like Ne Obliviscaris on their debut, "Portal Of I", to which "Demiurgus" is the most akin to, Equipoise loaded the compositions with so much unbelievable detail and technical multi-instrumental proficiency that the listener struggles to both mentally keep up and to remain attentive, the first listen yielding almost nothing but your jaw floored at such level of complexity with a production both clear and powerfully death metal. Both albums are highly stratified de facto metallic classical music, the kind of music you can present to those to whom metal is just noise which supposedly does not require any skills to play (I invite them to follow along the flamenco guitar in "Reincarnated" or, alternatively, just the slowest riffs on "Sigil Insidious", on their regular acoustics and call me in the morning). Because the first listen also let’s you rightaway embrace the several instrumentals, already upon the second revolution you begin to discern the method to this madness. With a third spin, the comparisons drop because you start to acknowledge, register and effortlessly memorize the melodies, the riffs, heck, even the magnifiscent solos. Unlike "Portal Of I", "Demiurgus" is not merely impressive, it is actually very enjoyable.

Equipoise knew what they were doing picking "Waking Divinity" for the promo single as it is the catchiest and the finest track on the record. The lead melodic riff (0:17) was stuck in my head EXCLUSIVELY for two days before that head become filled with several other "Demiurgus" hooks. "Alchemic Web Of Deceit" quickly became a second favorite as it recalls Cradle Of Filth’s "Cruelty And The Beast", The Black Dahlia Murder’s "Nocturnal" and Arsis’ "A Celebration Of Guilt" for the cacophony of exploding melody. "A Suit Of My Flesh" is plenty fast but backed start and finish with an excellent Morbid Angel-esque/Alkaloid-ian slow doomy riff, with variously paced jazzy syncopation in between, Doyon-Karout’s fretless bass all over the place, not to mention Pitts’ syth atmospherics. But the best example of the mastery in balance is "Squall Of Souls" where classic Cynic-al harmonies are juxtaposed with pure haprpsichord/harp/Bach-ian classical music, stop-go, point-counterpoint strategically inserted into the compositional fabric. Time and space will not allow me to elaborate on the quality of the instrumentals, suffice it to say each one is as different as it is relevant to the whole while obviously aimed at allowing the listener to both mentally keep up and remain attentive. The most surprising is "Ecliptic" which recalls Recoil, the project of ex-Depeche Mode syth master Alan Wilder.

Now, in construction and pacing there is one rule: the longer the tracks the more variety and hooks, the shorter the tracks the more complexity and straighforward brutality. This is a rule that Ne Obliviscaris broke on their debut, although they did remedied that on their subsequent records. As for Equipoise, while they pack plenty of variety and hooks in the shorter tracks, the longer ones, such as "Dualis Flamel" and "Cast Into Exile", both over 8 minutes long, tend to use extended very complex jazzy death metal waves with relatively little variety or breathing space in between which may cause the listener to start to drift off, if not fall asleep due to his brain reaching terminal velocity. Equipoise seem to shine the best with short, maximum 5 minute tracks that exemplify their incredible songwriting, pacing and hook baiting ability. Finally, overall, I find "Demiurgus" to not be sufficintly melodic to justify that much jazziness, complexity and extremity of deliverance, something, I’m sure, Equipoise will address on the follow up.

The incredible ensemble featuring ex-members of First Fragment, The Faceless and Hate Eternal aimed to offer a death metal experience that’s both fun to listen to and memorable and, while this is true of both regular death metal tracks as well as the instrumentals, at nearly 64 minutes of a very complex, intense and highly orchestrated technical progressive death metal, "Demiurgus" is a very challenging listen and may be an aquired taste if the very low rated Encyclopedia Metallum review is any indication. As for me, I recommend it so you can make up your own mind but I advise to give it at least three revolutions before casting your stones.