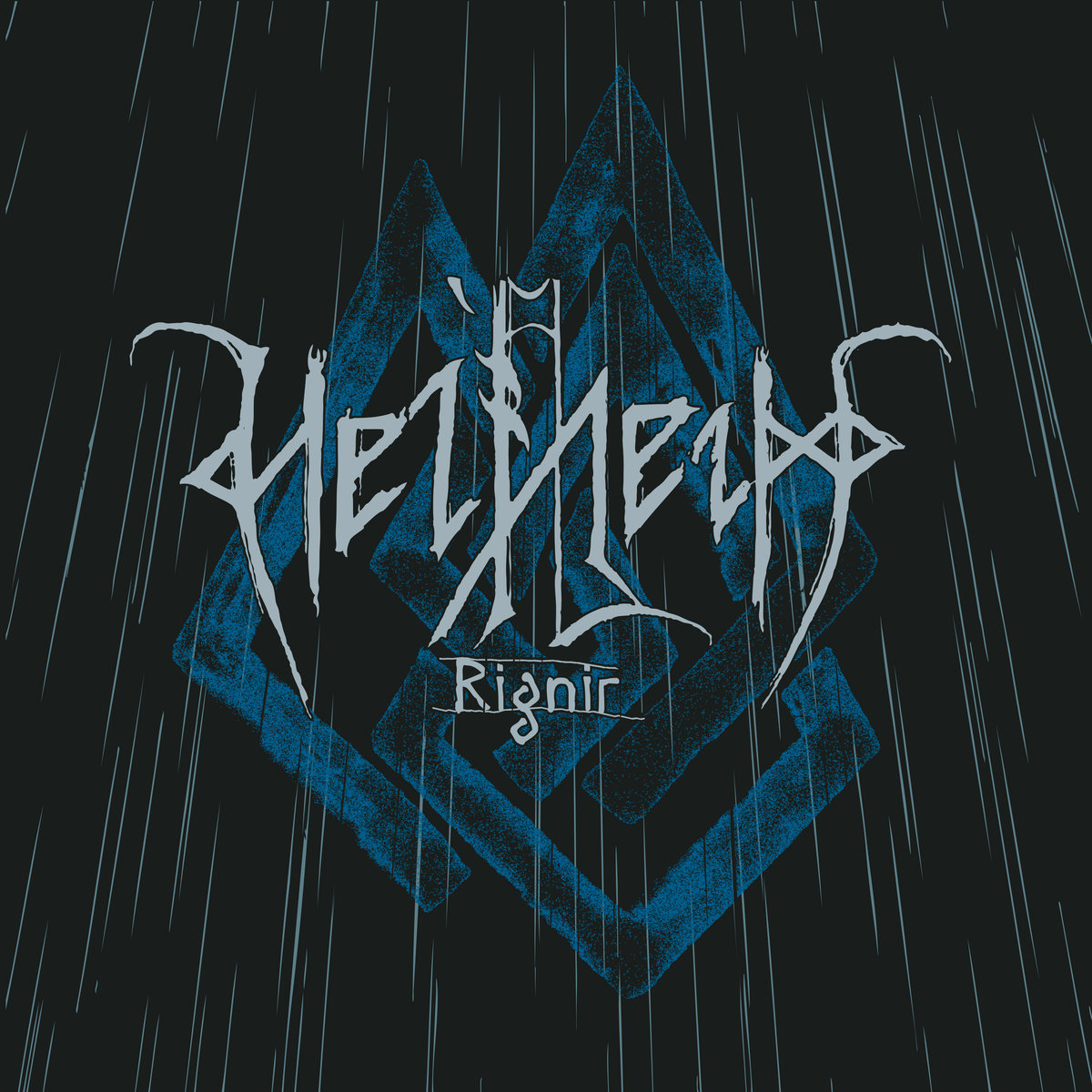 For well over two decades HELHEIM have represented their Norse heritage through their music and their lyrics, with an authenticity and an integrity that is frequently diluted within the so-­called "Viking" genres. With "Rignir", the band again turned to their heritage when writing the poems that form the lyrics for the album, drawing inspiration from the ljóðaháttr, an Old Norse alliterative verse form used largely in the Eddas.

Friday will see the release of "Kaldr" on all digital platforms and now you can listen to the song below:

As to the actual subject matter of "Rignir", which translated means Rain, HELHEIM explain: “This time around we have been very inspired by the local weather of Bergen. The autumn and winter seasons can summon the darkest of feelings within oneself, and this backdrop served as the fertilizer that would germinate the seeds of our lyrical ideas. Exploring the darkness of nature as something that can be seen, as well as sensed, it became a canvas where the pen drew words that rose from the depths of solemnity and alienation.

Although each track depicts an ever-­growing intensity of suffering and loss, there’s still a dialogue on how to maintain some sort of sanity or inner peace". “Rignir” sees Helheim continue to push boundaries. By maintaining the trademark harsh vocals of the past, whist developing the use of clean vocals and expanding the use of harmonies, reminiscent of bands such as Seigmen and the early works of Ulver, the album expands the vocal range of V’gandr and H’grimnir. The result is intriguing, yet familiar, and unmistakably Helheim.

Carrying further the use of orchestral percussion of past releases, “Rignir” boast soaring guitars, atmosphere and heavy riffs, all underpinned by the signature drumming style of Hrymr. Take everything that made "landawarijaR" great and double it! Helheim remains heavy, progressive, atmospheric and unique.

To commemorate the release, Helheim will embark on a full European tour entitled “Strange Rain” together with Vulture Industries, fronted by the bands long-­time producer Bjørnar E. Nilsen, and label mates Madder Mortem. Together they form a package perfectly representing the width and uniqueness of the Norwegian metal scene. Shows confirmed so far: Bucharest, Romania, Budapest, Prague, Paris, London, Esbjeg, Dresen. Also the 3 bands will perform a show in Bergen on April 12th at Kvarteret
Helheim will also appear at Dark Easter Metal Meeting festival in Munich.