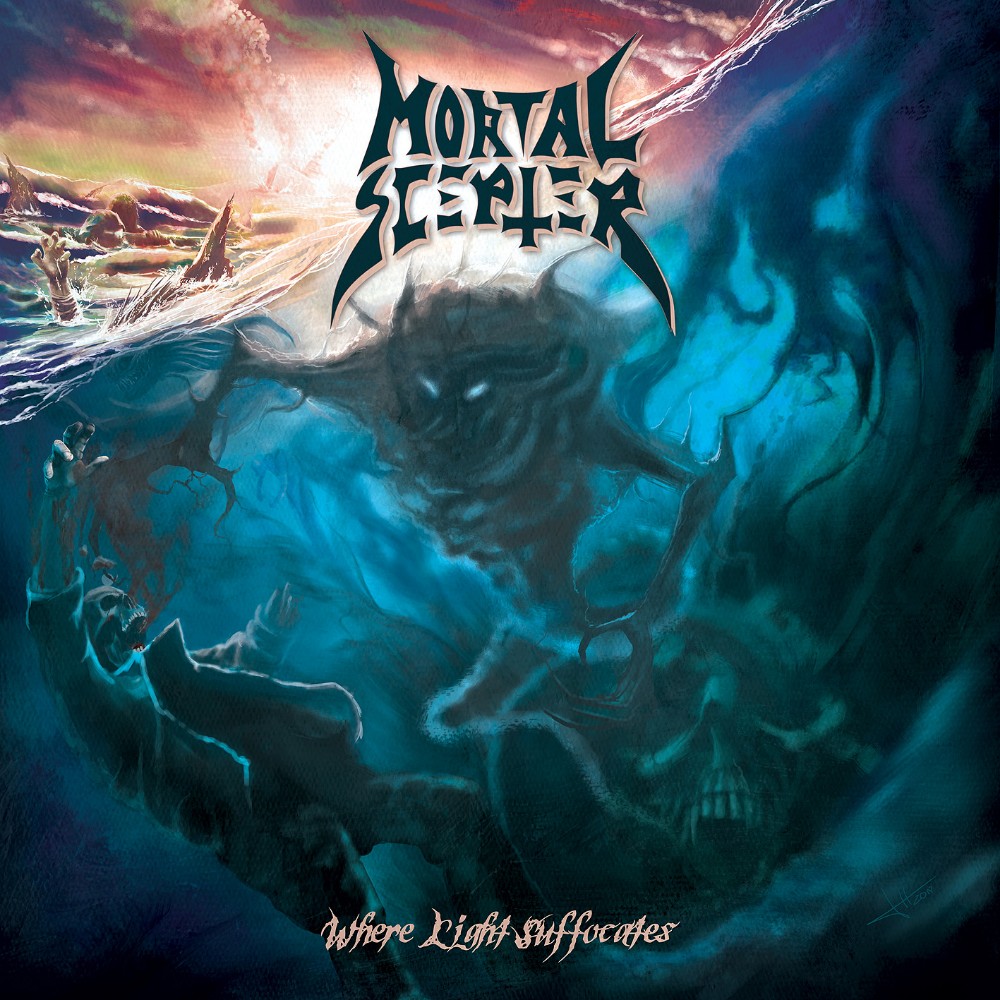 The Fresh thrashers, that is, the Skelethal vocalist/ guitarist Lucas, guitarist Maxime The Sorcerer, vocalist/bassist Valentin and drummer Guillaume, gave birth to Mortal Scepter in 2012, independently released a demo in 2014 and "As Time Sharpens The Sentence" EP in 2015 on Unspeakable Axe Records, then caught the attention of Xtreem Records for this debut album "Where Light Suffocates". Since this genre can have many faces, what sort of thrash metal do they have on offer?

Well, let me tell you, there is nothing more boring in metal music to these ears than old school thrash in its own sauce. The first three Slayer and Kreator albums and Morbid Angel debut were quite innovative and shocking in the 80s but today, over twenty years ago, this stuff just sounds heavy-ly antiquated. Out of 9 songs only the last track does not sound like the first track in several separate installments.

Yes, it is all very well executed, the men have skills but the songwriting is so boring and uneventful, with no ebbs and flows, no acoustic interludes, no melodies, nothing but incessant bam-bam-bam-bam chugga-chugga for 8 tracks until the 9th track where suddenly it is as though someone woke them up and introduced the magic of progression, melody, changes in tempo, the works. Still, too little too late.

I realize this is a debut but you don’t get more than half the score for just showing up and willing to perform. Next time, try to spread your creativity over more than the final track.