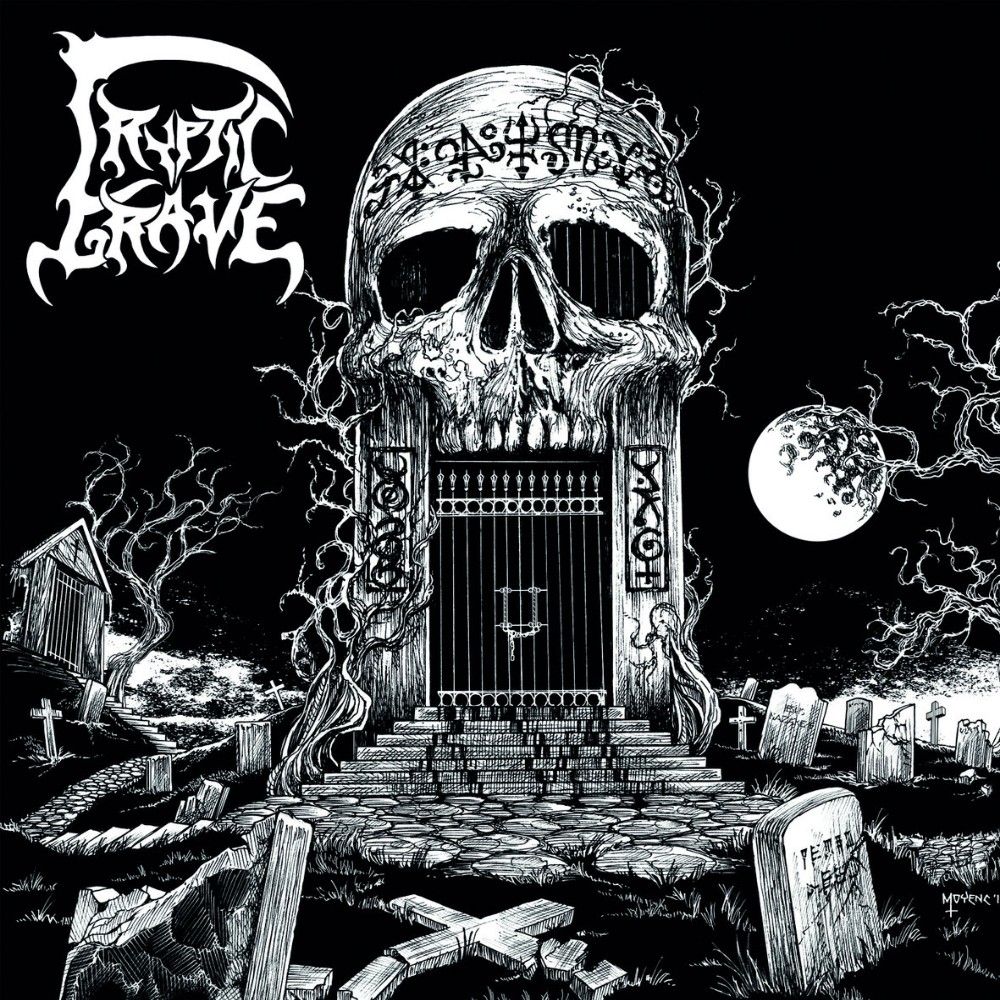 The French death metallers Cryptic Grave formed in 2015 by former Satanic black metal outfit Torgeist’s vocalist/guitarist Richard, guitarist J-B, bassist Gaby and drummer Etienne and two years later independently released the self-titled EP. In 2018, having signed with Great Dane Records, they re-released their debut EP with an intro "Through Death’s Door" and outro "The Last Hour". Most likely Etienne departed from the band sometime before the re-release since frontman Richard calls Cryptic Grave a trio. He also describes Cryptic Grave’s music as old school death metal in the vein of Obituary, Asphyx, Autopsy and Morgoth with "voice {Tardy-enne} that scrapes well the bottom teeth" Is his description accurate?

Richard’s description is pretty accurate, except I would add pre-"Human" Death, Pestilence and very early Paradise Lost (Opened Corpse) to the mix. The material is very even and it’s really hard to pick a favorite. The production is fantastic as well as the John Tardy/Martin Van Drunen vocals, the sound powerful, clear and filthy as mankind’s Christless righteousness before God. This EP takes me back to my teenage years when I was just getting into Death (Opened Casket, just kidding, Opened Grave), Obituary (Sadistic Funeral) or Pestilence (Vengeance Of Death). I’m not sure that Deceased "Contamination" – inspired Through Death’s Door/The Last Hour yin and yang intro/outro were absolutely an essential addition but it’s a cool touch to this interesting and nostalgia inducing material.

Cryptic Grave does not break any new ground with their EP but it is a worthy release if you miss the early days of death metal which they reproduce both creatively and faithfully.