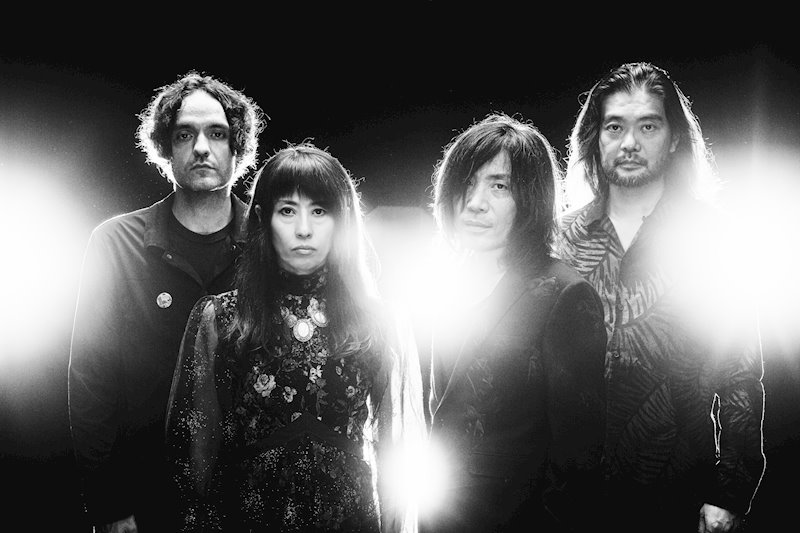 from the album
"NOWHERE NOW HERE"
Out January 25th 2019 via
Pelagic Records
The Formats
CD
LP
Digital
PreOrder Link
http://smarturl.it/mono-nnh
MONO releases a new single "Breathe" taken from the new 10th album "Nowhere Now Here". This beautiful, hazy serenading piece features the band’s first vocals debut from the bassist Tamaki, singing into the shadows of a vintage Nico.
As part of the release, the new music video is also released today. It was filmed and directed by French film director Julien Levy, who made the first collaborative appearance in the latest film "After You Comes the Flood", which was released in late September 2018 alongside its first single release and the album announcement.
"Nowhere Now Here" is scheduled for a worldwide release on January 25, 2019 to coincide with their 20 year anniversary, and pre-orders are available now via Temporary Residence Ltd. and Pelagic Records.
photo credit: Chigi Kanbe
The conflict and correlation between dark and light is a universal theme with a historically rich history. Musically, perhaps no band in the 21st Century has mined that relationship more consistently or effectively than Japan’s MONO.
Across 10 albums in 20 years, MONO have convincingly reflected the quietest and most chaotic parts of life through their music. Their ever-expanding instrumental palette – which began in earnest in 1999 with the traditional guitar-bass-drums rock band setup – has evolved to include as many as 30 orchestral instruments. Now, on Nowhere Now Here, the band add electronics to their repertoire – perhaps inspired by guitarist/composer Takaakira ‘Taka’ Goto’s recent collaboration with John McEntire, the beguiling Behind the Shadow Drops. Nowhere Now Here also sees MONO’s first-ever lineup change, adding new drummer Dahm Majuri Cipolla (The Phantom Family Halo) to the core trio of Goto, Tamaki, and Yoda. Tamaki also makes her vocal debut here, singing into the shadows of vintage Nico on the poetically hazy “Breathe.”
The unlikely career of MONO has taken them to virtually every corner of the planet, several times over. Those corners have all left indelible marks on their music, as it drills deeper towards the sound of feeling not quite human and all too human – often at the same time.

Three young women are making fun of Anna for caring too much about her love life. But they will soon regret it as Anna’s revenge plot will haunt them all night long. What follows is a pursuit through the streets of Tokyo during which fear and attraction collide.

Danger is never far in this film borrowing codes from both Hitchcock films and independent Japanese thrillers.