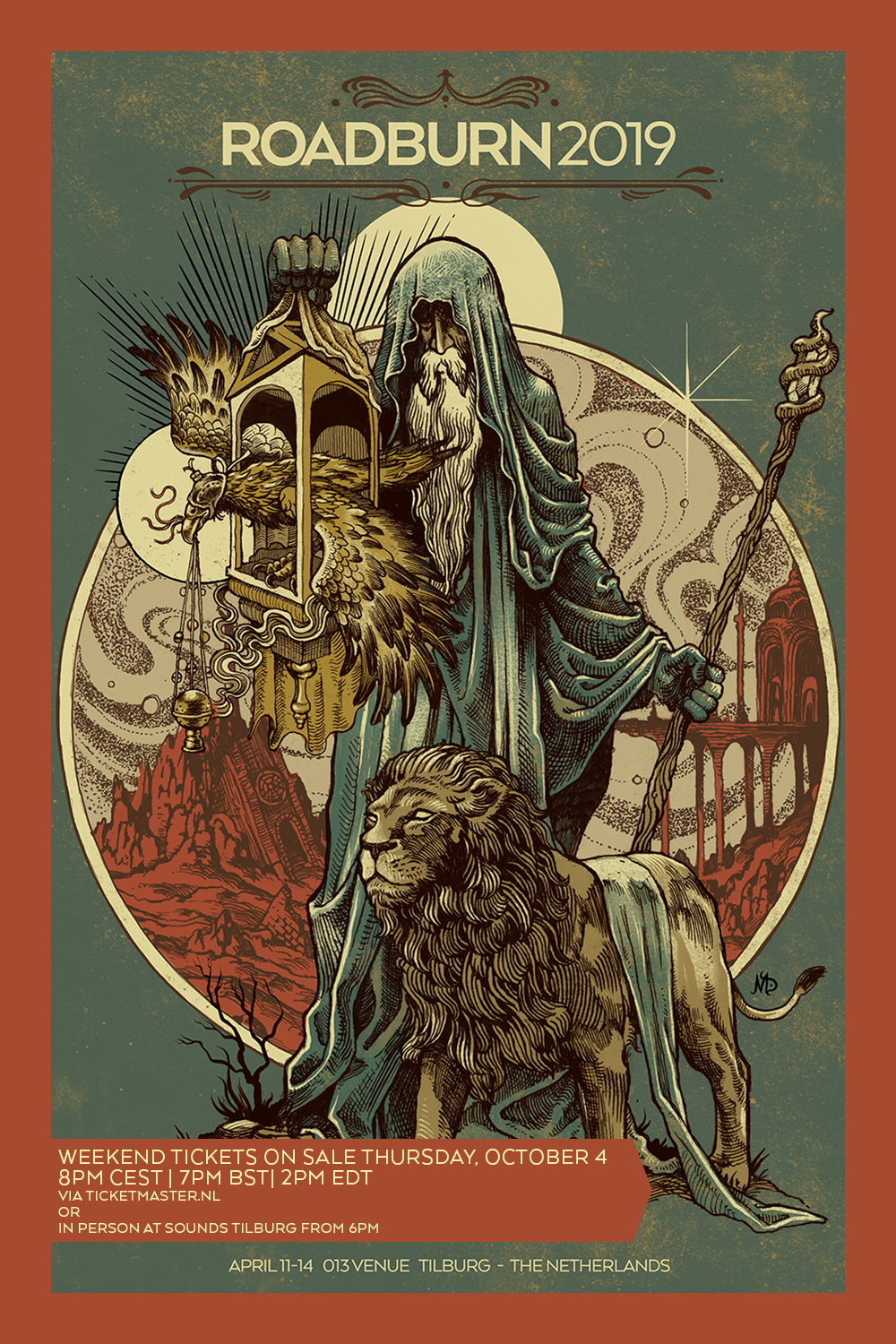 Just days before weekend tickets go on sale for Roadburn 2019, both AT THE GATES and ANNA VON HAUSSWOLFF have been confirmed as part of vocalist Tomas Lindberg’s curated event at the festival.

"Whilst we’re counting down the hours until tickets are on sale, we are so excited to be able to announce this very special AT THE GATES show. It is representative of an exciting and innovative thread of metal that we will have at the 2019 festival – much of which is still yet to be announced.

"In fact, we still have so much to announce that we’re truly humbled by the faith people are putting in us based on the line up that’s been announced so far. The best way to put it is that if you’ve enjoyed previous editions of Roadburn, then you’ll not be disappointed – we’re continuing to push creative boundaries and challenging the context and and influence of heaviness!"

AT THE GATES
Roadburn Festival is proud to present AT THE GATES… as you’ve never seen them before!

Whether you were there from those early Peaceville days, if you were lured by Slaughter of the Soul, or even if you only discovered them via their latest release, this year’s To Drink From The Night Itself – we all know what a colossal beast of a band we’re dealing with here.

The band comments:
“As many of our loyal listeners know we have always incorporated different elements into our own breed of death metal, but we have never taken the chance to explore them to the fullest on stage. Being invited to play the prestigious Roadburn Festival gives us exactly that opportunity. We know very well what is expected from a Roadburn performance, and it is just that sort of challenge that makes us tick.
“We will dive headfirst into the melancholic eclectic darkness of our back catalogue and explore different, challenging collaborations for this special At The Gates set. We look forward to this with overwhelming excitement. More details on exactly what will happen on that main stage at 013 will follow soon”
With six studio albums under their collective belts, and with the best part of three decades of experience, we are thrilled that AT THE GATES are so determined to raise the bar another few notches when they perform at Roadburn 2019.

Join us in welcoming a whole new incarnation of AT THE GATES to Roadburn.

AT THE GATES will also be performing at TivoliVredenBurg, Utrecht on Saturday, February 2.

Read more about AT THE GATES here.

“Having had the pleasure of being an acquaintance of Anna through our mutual Gothenburg heritage she thankfully didn’t need much persuading to join the eclectic roster of my curation. I am very proud to be part of bringing this magical voice to the festival. Prepare yourself for a lot of goosebumps and chills down your collective spines. Let the dead magic embrace you in front of that main stage at 013.”

Day tickets will be on sale at a later date.

To watch the Roadburn 2018 documentary made by Never Mind The Hype, click HERE.
To listen to the 2018 audio streams courtesy of 3voor12, click HERE.