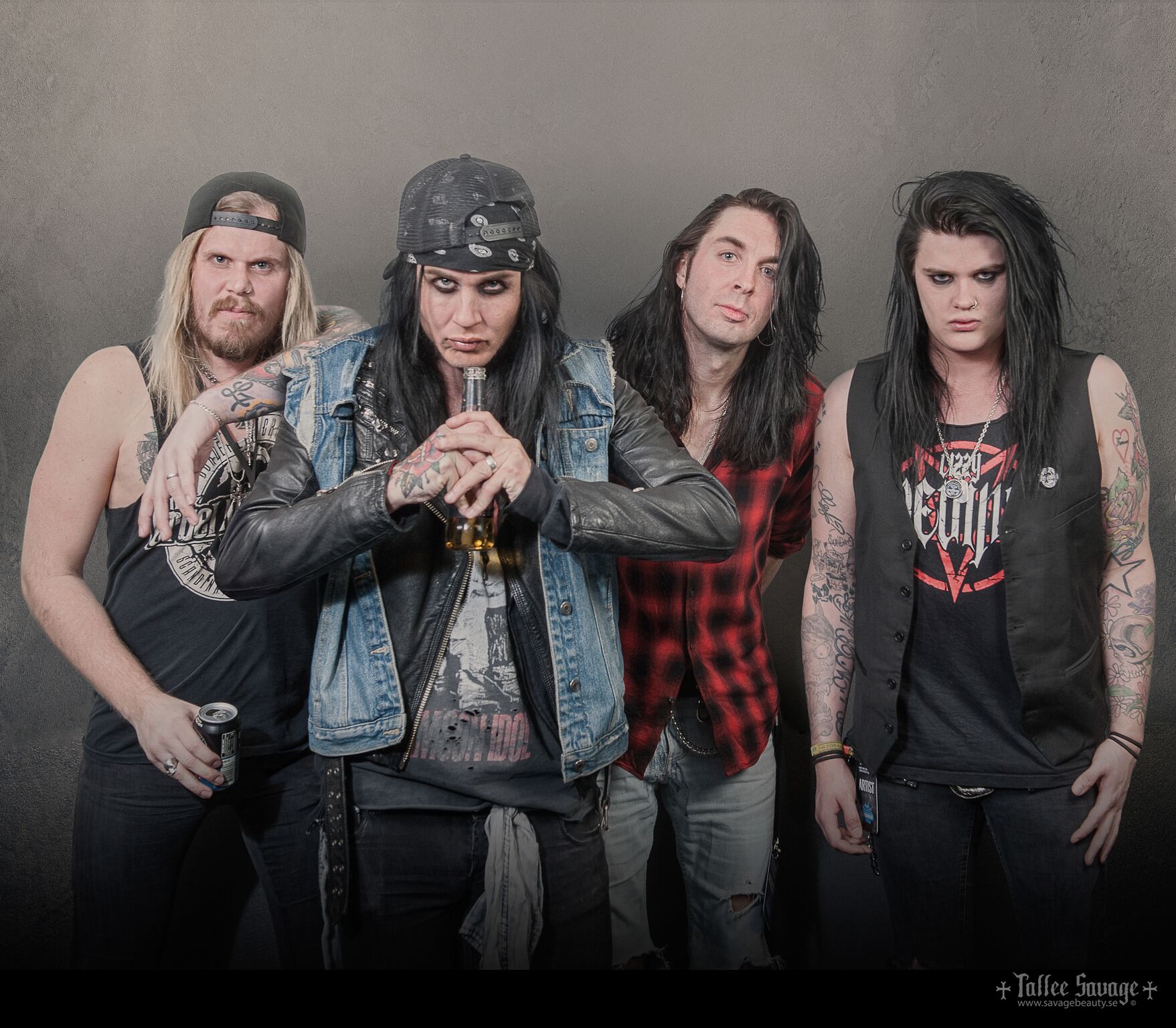 “Weekend Suffering is a hard and fast paced Rock N Roll song about waking up dead with the worst hangover ever, and how to deal with it. Lizzy wrote the lyrics on one of those days and came up with a cure to survive the Weekend Suffering. Wake up, get wasted!” – M. Wernerson
The Biography
With over 1 million streams on Spotify for their first few self-released singles and the international recognition for their insanely intense live shows, The Cruel Intentions present a unique blend and a modern day Guns N’ Roses meets Sex Pistols meets Buckcherry style. The Cruel Intentions was founded in the wake of 2015, by Mats Wernerson, Lizzy DeVine, Kristian Solhaug and Eiliv Sagrusten, whereas Eiliv has been replaced as a drummer, by Robin Nilsson. All of the members have been involved with different bands previously; Notably, Lizzy DeVine lived several years in Los Angeles where he was the singer and songwriter of Vains of Jenna, a band that got their breakthrough with performances in the movies Jackass/Viva La Bam/Kat Von Dee’s LA Ink, together with touring multiple times throughout the states. He takes with him the atmosphere from his experiences, and blends it into a nuance of the no-fucks-given culture from that American era.
The band creates a young, original and modern expression, albeit with strong roots in the history of rock. This way they appeal to people of all ages and across genres. Their music conveys a wide range of emotional topics, with a light mix of optimism and pessimism as their basic recipe, although the tragicomical view of the world excels throughout the album. The dichotomy of the dark side of fun, contra the bright views of making mistakes; the loss of falling off in life and not fitting into society, contra the bravery with daring to be yourself, to go your own ways – these are the underlying themes in this album.

In technical terms, the band plays around the esthetics of bands such as Guns ‘N Roses and Mötley Crue, and carries on the legacy of good old Rock ‘N Roll into the contemporary youth of today. The songs are fast paced, humorous and at times really hard-hitting, especially with the assistance of Europe’s most clashing cowbell. This album reeks of confidence, and will certainly smite you with its persuasive musical turns. It’s groovy, angry, comical and sassy – bringing out the emotions of anger, joy, fun and confidence in the listener, all packaged beautifully in their 11 track album with the title ‘No Sign of Relief’.

About the single:
Experiencing one of those hard and heavy headaches after painting the town red the night before? If yes, the pure three and a half minute energy fix made by the spine-chilling sound of The Cruel Intentions is just the thing for you! The band is releasing their new single called “Weekend Suffering”, a fast-punky hard rock track about how to deal with being hungover. Having already released several successful singles up to date, The Cruel Intentions are giving us another peep into their upcoming debut album “No Sign of Relief”, due September 21st.
Track-list
1. Jawbreaker
2. Reckoning
3. Genie’s Got a Problem
4. Weekend Suffering
5. Borderline Crazy
6. Check Your Head
7. Sick Adrenaline
8. Everybody Riot
9. Go Fuck Yourself
10. Chaos In a Bombshell
11. Devilicious