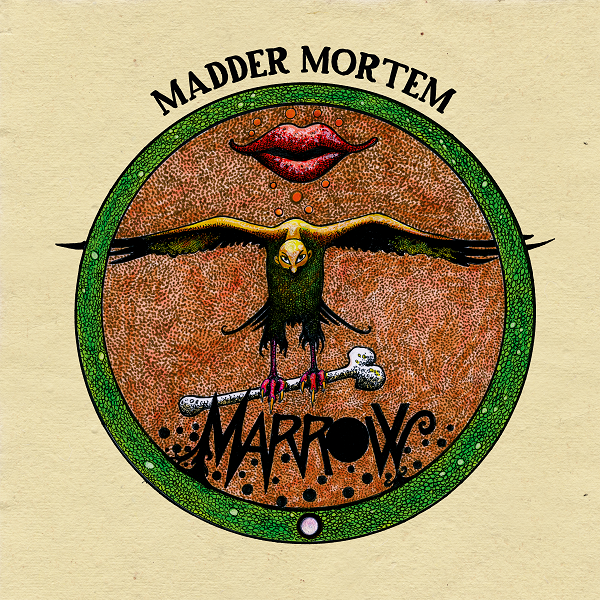 The Norwegian purveyors of the unsettled and strangely appealing, Madder Mortem, blew me away with their "Red in Tooth and Claw" record from 2016, but this brand new one entitled "Marrow" is even more stunning and compelling than the former, which is saying something. "Marrow" contains nods to the prog rock giants of old and is a warm and organic affair. The album as a whole is musically exciting and eclectic, and the amazing thing is that it never loses its drive, energy, or passion. The vocals courtesy of Agnete M. Kirkevaag have rarely sounded better than they do here and the tunes have plenty of interesting textures, subtle nuances, and perfectly interwoven layers to keep your tiny mind occupied for a long time to come. The somewhat raw and murky feel of the record is utterly captivating and draws you in without you even noticing it. In many ways, it looks to both the past and the future in that there are parallels to 60s and 70s psychedelic rock as well as folk, but at the same time you have all those latter-day avantgarde metal elements with a slightly carnivalesque vibe to them too. In that sense, "Marrow" has a uniquely timeless quality to it that sets it apart from countless other releases out there. The mellow and moving passages stand in sharp contrast to the explosive and bombastic outbursts and yet everything flows together seamlessly. The standout cuts are "Moonlight Over Silver White", "Until You Return", "Stumble On", and the title track – all of which are mini-epics in and of themselves.

The album is an indefinable mixture of doom metal, avantgarde rock, folk, prog rock, and psychedelia, and it totally fucking works like a charm. Alternating flawlessly between subtle and musically intense sections, "Marrow" is a strong, booming, and addictive output that might just be the best Madder Mortem album to date, and every song on it has something cool going for it. Inspiring and inspired music, but also highly original, personal, and delightfully haunting