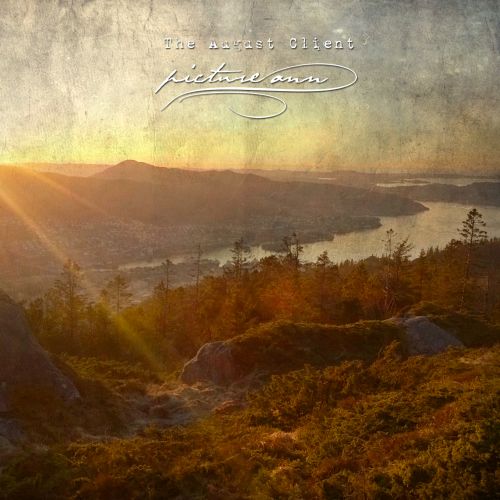 Picture Ann was spawned back in 2009 with the aim of composing and recording lo-fi metal/ambient music rather intuitively and on the spur of the moment. Raw, unfiltered crap, really. The first Picture Ann album entitled "Blaspheme 2009" was released by 9th Meridian Records in June 2010. An EP entitled "Cinema Screen Sadism" comprising two songs named "Film Widow" and "Gasmask Ballet" was recorded in July 2010 and released digitally later on that year. A Picture Ann/Sagntid/Vornoff split CD consisting of mostly unreleased material was released by 9th Meridian Records in August 2013. The full-length assault entitled "A Bone Case for Papery Skin" was released digitally in March 2014 while the third album, "The Darkness Had Texture", followed suit in January 2015. Yet another album saw the light of day in 2016 ("Mountains, Myth, and Murder") with a string of EPs following in its wake. 2018 sees the proper digital release of "The August Client".  Picture Ann is back with a brand new studio album that is as haunting and morose as ever. It consists of two compositions that revolve around hypnotic, melancholic, and repetitive motifs and yet they are riddled with nuances, layers, and dark textures.

J.N.: "The perfect soundtrack to either those long, lonely nights of yours that you so detest or an epic walk in the mountains. Either way, this is one album you do not want to miss out on. While the floating and ambient-like title track possesses an otherworldly vibe, the 31-minute long tune that is "Builders" is a strange and unsettling journey through different musical ideas and concepts relating to sacrifice, longing, and greatness."

The album was originally released digitally via Bandcamp on Friday the 25th of August, 2017: https://floodgatemoodsproductions.bandcamp.com/

Stream the album via Spotify: https://open.spotify.com/album/3pCSLDLjkKT709nrtMZb6N