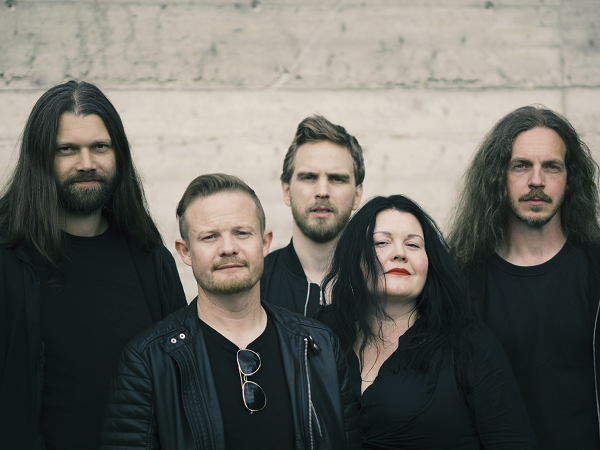 Norwegian Alternative Metallers MADDER MORTEM have started a crowdfunging campaign for celebrating 20 years since the band’s first release, ‘Mercury’ and they wish to celebrate the event with a uniqe re-releae and a really special live show. The band is also releasing a new album on September 21st, via Dark Essence Records. Their seventh full-length album is called “Marrow” and thei have released already a first single, itled “Moonlight Over Silver White” the track is, according to the band, “the essence of what Madder Mortem is about. The contrasts between the gentle and the brutal, the chugging grooviness of the guitars in counterpoint to the soaring arpeggios of the vocals, and the wide range of musical influences knit together in a damn strong, heavy song. The lyrics are a tale of the loneliness of a forest in winter, walking lost and small between the downy snow and the glaring stars”.

“Marrow” sees MADDER MORTEM hungrier and heavier than ever before.  The eleven-track album is complex, covering a wide variety of genres and sounds that range from moments of folk/prog to avant-garde.  From delicate ballads to harsh metal. Agnete M. Kirkevaag’s dynamic and immensely powerful vocals, are, as always, at the fore on an album that is more doomy  than its predecessor “Red in Tooth and Claw”, as well as being at times both heavier, and catchier.

Set for release on Dark Essence Records on the 21st September, “Marrow” is about “Sticking to the essence of yourself.  Your ideas, your thoughts, your values”.  It was produced by BP M. Kirkevaag and mastered by Peter In de Betou at Tailor Maid.

Tracklisting for “Marrow” is as follows:

About the special re-release of “Mercury” in which the original songs will be re-worked to reflect the MADDER MORTEM of today, the band explains:

“Back when we recorded “Mercury”, we were basically just kids, and we knew very little about how the recording process worked. The musicianship was mostly there, and the ideas were absolutely there, but as for production skills … we just liked reverb a lot! Thankfully, we ended up with a result we’re still proud of. But through the years, as we’ve played the songs with different line-ups, we’ve often talked about how cool it would be to bring the skills and know-how we now have to those ideas. BP has even made some quite elaborate pre-prods of several songs, but the timing has never been right for making a release out of it”.

The right time has finally arrived, but in order to be able to bring this much-cherished project, which will include not just the album, but also a very special show, to fruition, MADDER MORTEM really need the help of the metal community, and to this end the band has set up a Crowdfunding page, where fans can become an integral part of the process and reap some very unusual and very unique rewards. To get creative input and feedback from their fans, and to promote the new album, they’re also going out on their first headliner tour this fall.

To find out what it’s all about, and how you can become a part of it all, please go to https://www.indiegogo.com/projects/become-a-part-of-the-madder-mortem-mythology-rock#/

There are two different way of supporting the crowdfunding:

– Early Bird specialoffer -you get reduced price for the ‘We Are the Marrow" package, that contains a signed CD and a campaign tshirt – here

THE GUESS WHO Feat. RUDY SARZO Return With ‘The Future IS What It Used To Be’