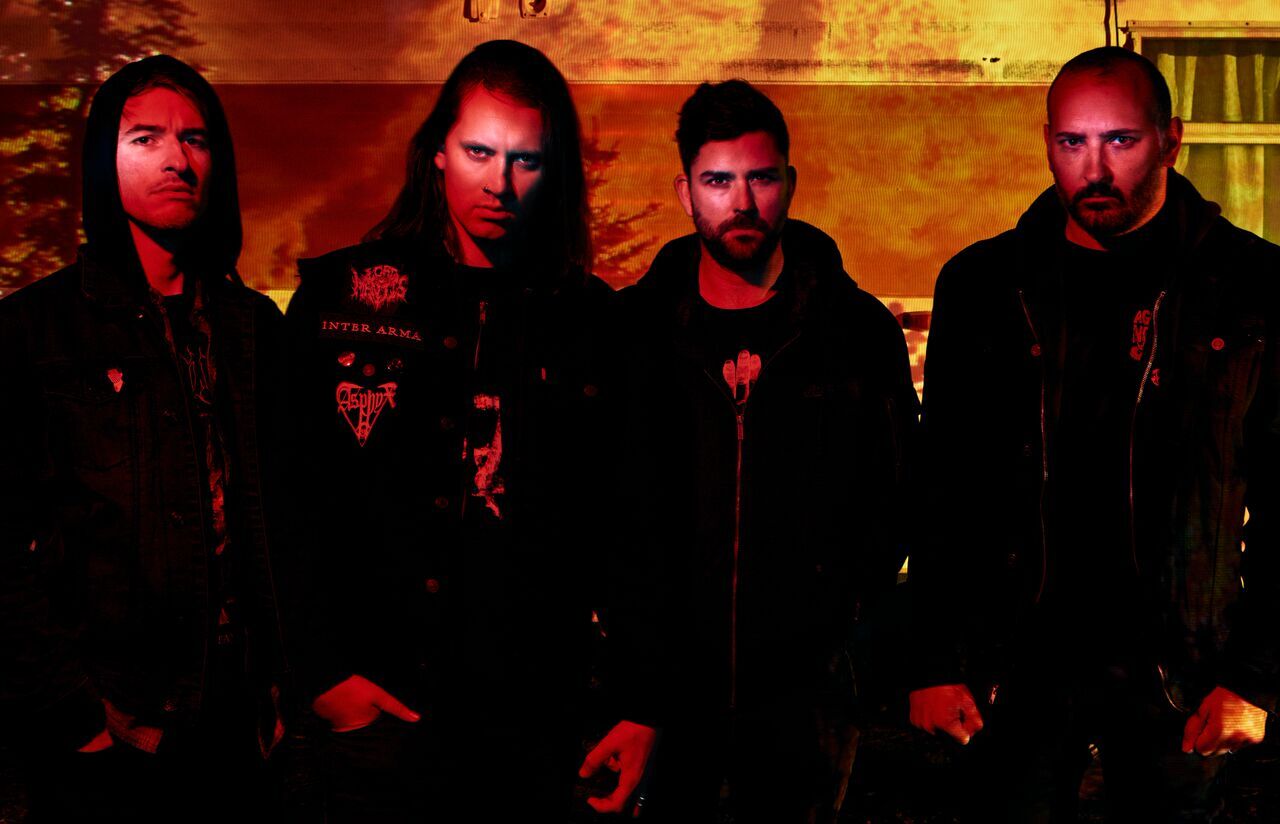 "Gods of Ruin"
From the album

The Statement
Vocalist Sam Dillon says "Gods of ruin is a take on the American phenomena of mass gun ownership and the tragic reality of an armed population triggered constantly by fear and ignorance. We become a flood of bullets now".
The concept for the clip was conceived by Carl and Adrian (Shapiro) wanting to find a unique and interesting way to use live footage in one of our music videos. The base footage was shot by a friend of our Marmo in Cluj Napoca, Romania at a show there in October 2017. It’s a single shot and is a great representation of a Lo! live show. All the visual effects were completed by Carl over a painstaking couple of months. All hand tracked with lots of love!
The Biography

Sydney’s Lo! literally made a splash last year with the ingenius video clip for Orca, produced by bass player Adrian Shapiro himself: The clip showed vocalist Sam Dillon as a vicious creature emerging from a vat of shiny pink goo, in front of an otherwise completely black background.

Pink in metal?
The clip went viral over the love-it-or-hate-it discussion that followed hot on the heels… but even the haters had to admit that this clip, premiered via Noisey, Metal Hammer and Decibel, showed a truly outstanding and innovative approach to visual arts in heavy music.

Lo!’s 3rd full length album Vestigial is next level. The songs are well-crafted and have a larger scope, the sound is heavy yet organic, there is a great harmonic density behind the stupefyingly heavy riffs and the band sounds tighter than ever before. One of the reasons might be that drummer Adrian Griffin, who had spent the last 7 years in Asia, moved back to Australia.

"This time we had much more time to all be together as a band and really work on the songs properly instead of the last minute rush that usually happens. I think we all felt more connected now having Adrian back in the country", comments guitarist Carl Whitbread.

"Lo! have come to remind you of glorious times, times when Mastodon were using samples of Jurassic Park to kick off their records", Metal Hammer (UK) wrote about the band’s debut album Look And Behold. And in fact, song titles like Megafauna or Hall Of Extinct Mammals show that Lo! have always been interested in man’s relationship with the natural world. Themes of extinction, circuses and animal exploitation were explored on the band’s 2015 EP The Tongueless – "…so it was a nice lead in to where we are at now on Vestigial, with a revisit of the outro from the EP as the intro on Album 3", vocalist Sam Dillon comments.

A world where politics resemble black comedies, where guns have become an aspect of culture and where addiction to technology is the norm is at the lyrical heart of Vestigial. "There are several repeated characters throughout the album; the JUDAS STEER, the LOCUST CHRIST… these are anti heroes, the wolves among sheep figuratively. The ghastly Donald Trumps, The Kim Jun Oungs, the extremists and ignorant tyrants of our modern lives", comments Dillon.

After a European tour supporting Cult Of Luna in 2013, including a performance at Roadburn Festival, the band will be back in Europe this October to present Vestigial.

TUSMØRKE – interview at Tons of Rock