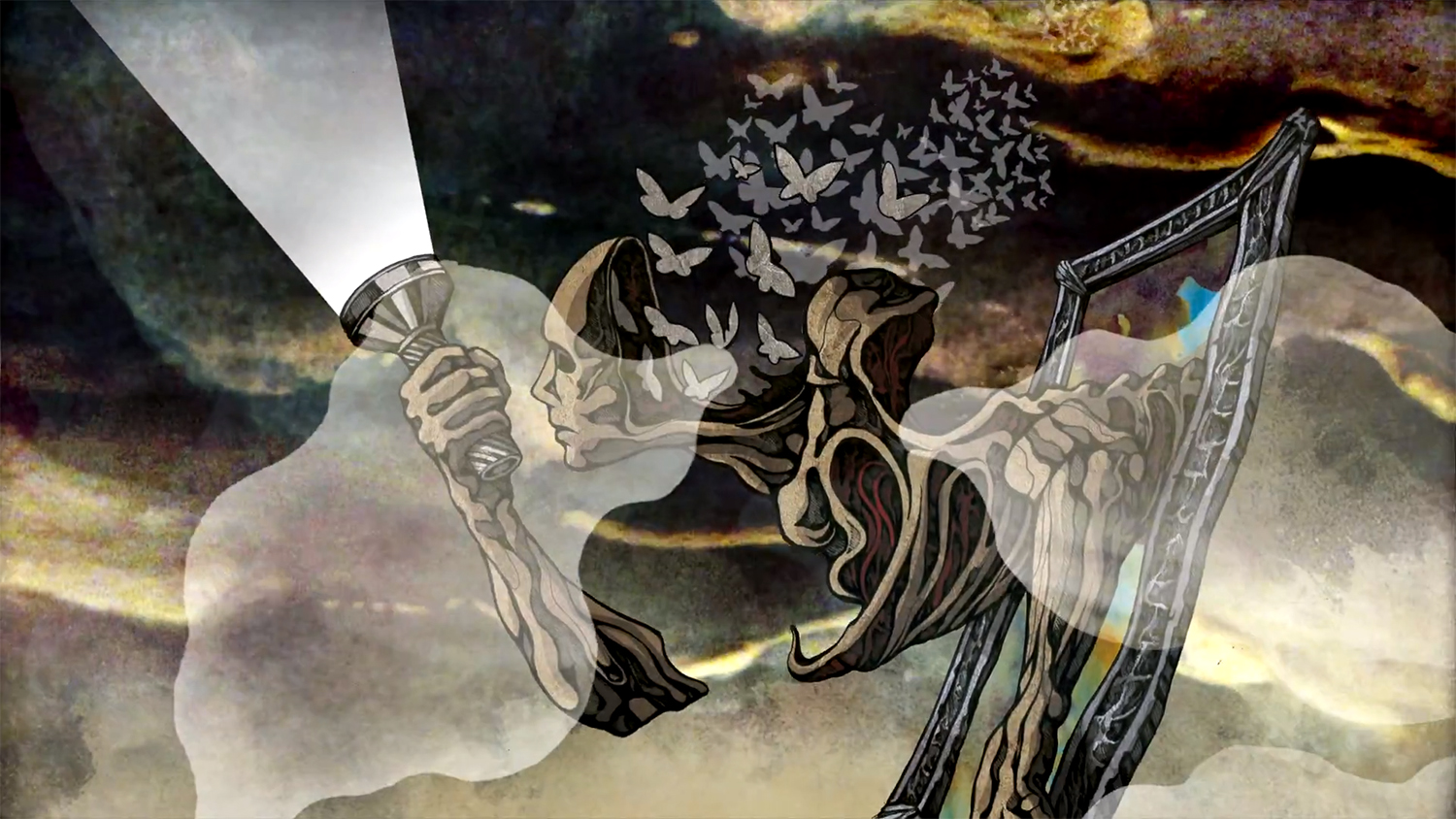 Romanian avant-garde and dark metal trio Bloodway unveiled a new video covering the title-track taken from the latest album “A Fragile Riddle Crypting Clues”, released by the Italian label I, Voidhanger Records in the fall of 2017. This represents the ending of a conceptual trilogy given that “A Fragile Riddle Crypting Clues” is the last song on the newest full length. Lyric-wise, the song sums up the overall theme on Bloodway’s third record. “A Fragile Riddle Crypting Clues” ends with a spoken-word passage by Mat McNerney, the singer of Grave Pleasures, Hexvessel and former vocalist in Dødheimsgard for the “Supervillain Outcast”. The video was created by Bloodway’s mastermind Costin Chioreanu and is based on the surreal imagery which illustrated the latest record. The visual metaphors got thus animated and engaged in a hypnotic experience.

BLOODWAY was born in July 2013, from the ideas of 3 musicians, Costin Chioreanu (guitar, vocals), Alex Ghita (drums) and Mihai Andrei (bass). The three ,merged their past musical experiences, challenging themselves to reach new borders of creativity, in order to shape a special band with an extremely coherent speech. The name BLOODWAY comes from the idea of experiences and paths that somebody can achieve and discover during a lifetime.

In 2017, Romania’s BLOODWAY cement their relationship with I, Voidhanger Records by releasing "A Fragile Riddle Crypting Clues", the closing chapter of a trilogy which started in 2014 with the "Sunstone Voyager And The Clandestine Horizon" EP and continued the following year with the band’s first full-length, "Mapping The Moment With The Logic Of Dreams".

Lead by Costin Chioreanu, one of the most celebrated graphic artists within today’s metal field, BLOODWAY blend black metal, progressive metal, heavy rock and psychedelia in equal parts, forging a very peculiar style that revolves around deep emotions and dark inner visions, exactly like Chioreanu‘s surreal art. "In this new chapter the same character from the previous albums returns to the world of humans, but with a different and larger perspective, animated by his experiences and mental transformations," Chioreanu explains. "The world is nothing but a prison, with virtual walls risen from the controlled collective intellect, where all the prisoners are locked in by themselves. Everyone is free to go and live outside the so-called system, but nobody really wants to leave the cells for the unknown."