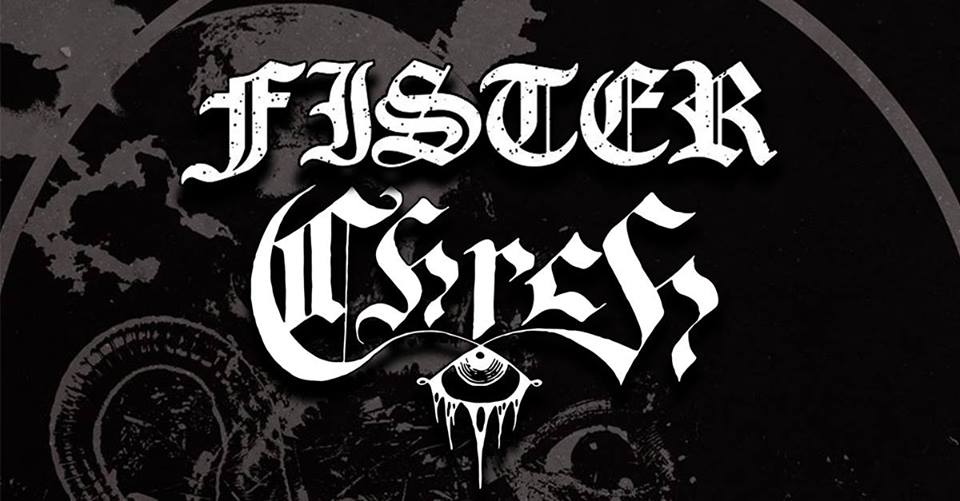 Fister (US) :
Fister is a three piece doom metal band from St. Louis, Missouri. The band incorporates heavy influences from the black and death metal genres into a depressing sludge spewing heaviness that many have attempted, but few have mastered. Fister’s latest full length ‘Gemini’ is a testament to this, as the band captured the aural equivalence to watching a Cronenberg film on barbiturates. The band recently reunited with producer/engineer Gabe Usery for their newest installment of dread inducing heaviness as an offering for their newest split with Oregon’s Norska.

CHRCH formed in Sacramento, CA in late 2013. The band has strived to move beyond gimmick and image to expand on the forms of its primary genre. Long form songs are the standard, drawing out ideas, building and crashing, as the band reaches sonic heights and beautiful plateaus. Harsh vocals contrast melodic singing; massive fuzz gives way to clean guitar parts. These elements come across in a striking manner on the band’s debut "Unanswered Hymns" (Battleground Records). This sprawling roller coaster of an album plumbs the heights and depths of emotion, whether be it sorrow, loss, or redemption. Recorded, mixed, and mastered by Patrick Hills at Earthtone Studios in Rocklin, CA, the recording exudes a warm, organic tone that draws the listener in to music heavily influenced by traditional doom, psych rock, drone, and ambience

Support: Superlynx
Superlynx is a doom/psych trio from Oslo/Moss, Norway, formed in 2013. The band released their debut album LVX on Duplicate Records in October 2016. The album was very well received and ended up on several best of 2016 album lists.
Superlynx loves playing live and has developed a reputation as a great liveband delivering highly atmospheric shows. The band recently finished recording their second album, and is working towards a 2018 release.