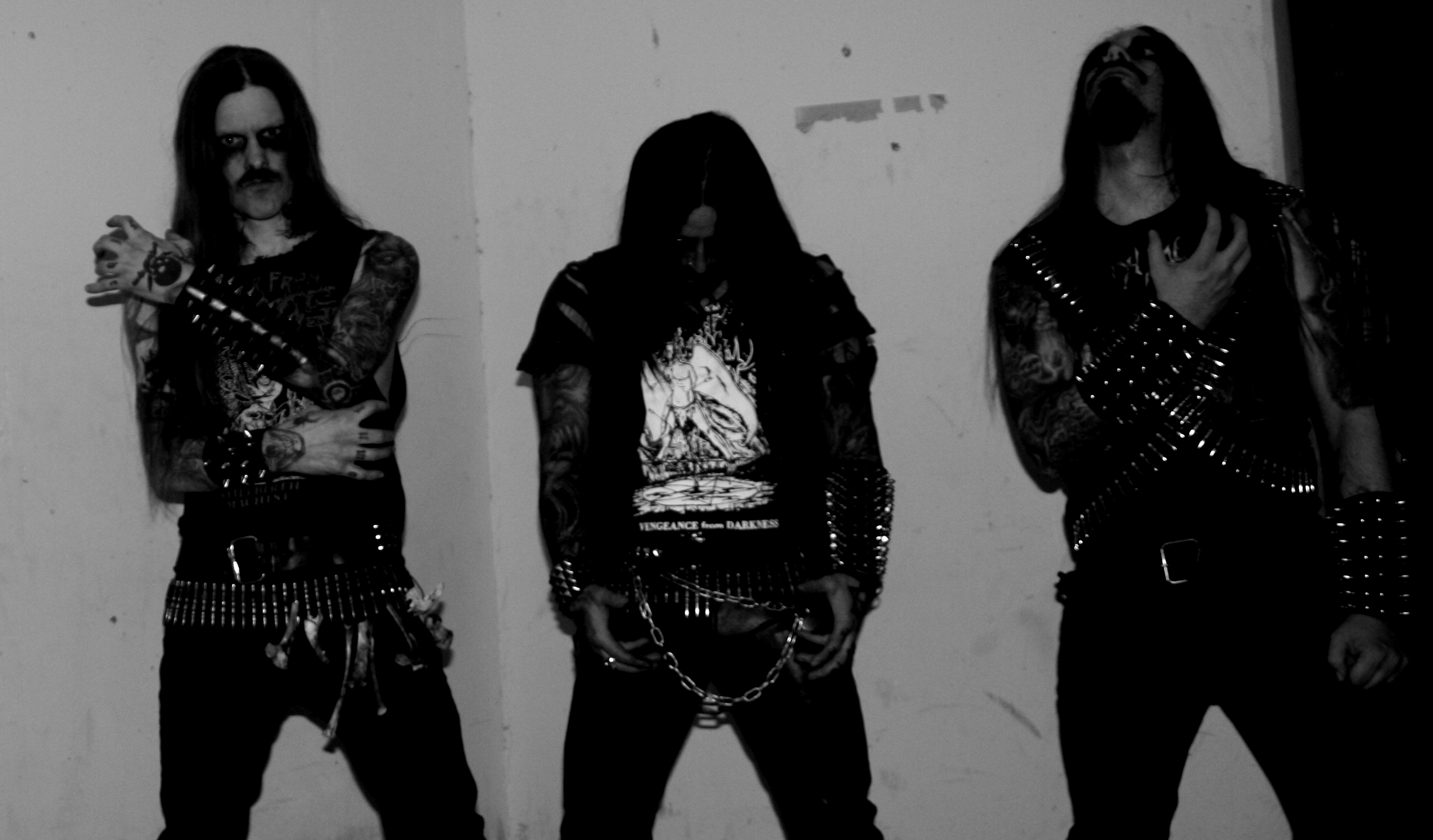 Quoth the band on this release: “‘Perversión’ is the third part of the triology that started with ‘Sacrilegio’ and continued with ‘Posesión’. It has its own identity, but still the filthy, furious old black/death metal madness that is the soul of Corpsehammer. The lyrics on this EP are abstract, and by abstract we mean that there is not a specific story in each song but rather sentences and words not necessarily connected to each other but in some strange way the connect and the result was just pure fucking chaos and madness. Lyrically this beast is facing and dealing with the devil, perversion, darkness and death.”

Based in Dalarna, Sweden, CORPSEHAMMER is comprised of four degenerated forces (including Gaddur from Omnizide) from Chile and Sweden. The seed of CORPSEHAMMER was sown in the winter of 2016 to glorify and pay tribute to the primitive realm of extreme metal whence untamed and malicious sounding black and death metal used to sit on the throne. The unholy union is highly inspired from the First Wave of black metal, late 80s and early 90s Latin American and Australian extreme metal scenes.

The evil quartet is gearing up for releasing their third EP “Perversión" — the final chapter of the EP trilogy, started last March with "Sacrilegio" and followed by "Posesión" in last September. Corpsehammer keeps dishammering the existence of sacredness throughout the three repellent tracks of this chapter. The intensity of profanity and wickedness exceeds the parameter of the previous offerings. Corpsehammer is not willing to cease their demon invoking aural debauchery; the horde is on the way to become a force to be reckoned with amongst those having a penchant for horrendous sounding black/death metal.

The lyrics of this EP are abstract, there is no specific story or theme, words are not necessarily connected to each other but in some strange way the connection exists and the result is just relentless madness. Lyrically the tracks face and deal with the devil, perversion, darkness and death.

Album can be ordered on the band’s Bandcamp page.