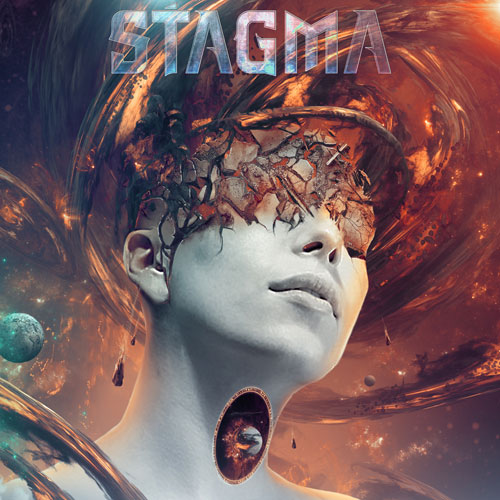 Prior to the release of their new album, available from 6 April 2018 from Headshell Records and all good download services, STAGMA are streaming a new video, ‘Promise Me’, which is out now. ‘Promise Me’ is the third single from the band’s first studio recording and like ‘Pokerface’ and ‘Bounty Hunter’ features Vinny Appice on drums, Rob Mancini on lead vocals, Neil Fraser on lead guitar, Joe Petro on base and Alex Santos on rhythm guitar.

The album, the self-titled, Stagma, has been described as a ‘labour of love’ by the band, which also features Patrick Johansson and Simon Wright on drums. Alex Santos, who produced and mixed all of the songs on the album, including ‘Promise Me’, said he was ‘thrilled with the response’ for the first singles and aims ‘to keep making new music’ for STAGMA. ‘Promise Me’ is also available exclusively from Headshell Records.

Stagma was formed in late 2015, when Alex Santos, guitarist, producer and composer with Scar For Life, wanted to create a heavy rock album with a modern approach; melodic and with lots of groove. He got together with British guitarist Neil Fraser and American bassist Joe Petro and Stagma was born out of this collaboration.

In March 2017, Alex Santos composed a bonus track for the album featuring drummer Simon Wright (AC/DC, Dio, Queensrÿche) and in August 2017, Irish singer Rob Mancini was reunited with Alex Santos as the vocalist and lead singer for Stagma. The album was mixed and produced at PressPlay in Lisbon and the first single from the album, ‘Pokerface’ was released on 16 October 2017, prior to a scheduled international release of the full album in April 2018 from (www.headshellrecords.com). In spring 2018, two further singles, ‘Bounty Hunter’ and ‘Promise Me’ were released on streaming and were available exclusively from Headshell Records.

The album will feature an introductory track, ‘Genesis’, and closing anthem, ‘To be continued …’ from gaming legend Jeroen Tel and ‘Sister Sister’ with guest drummer Simon Wright (AC/DC). The album will available to download from all good streaming services.

Mixed and mastered by Alexandre Santos