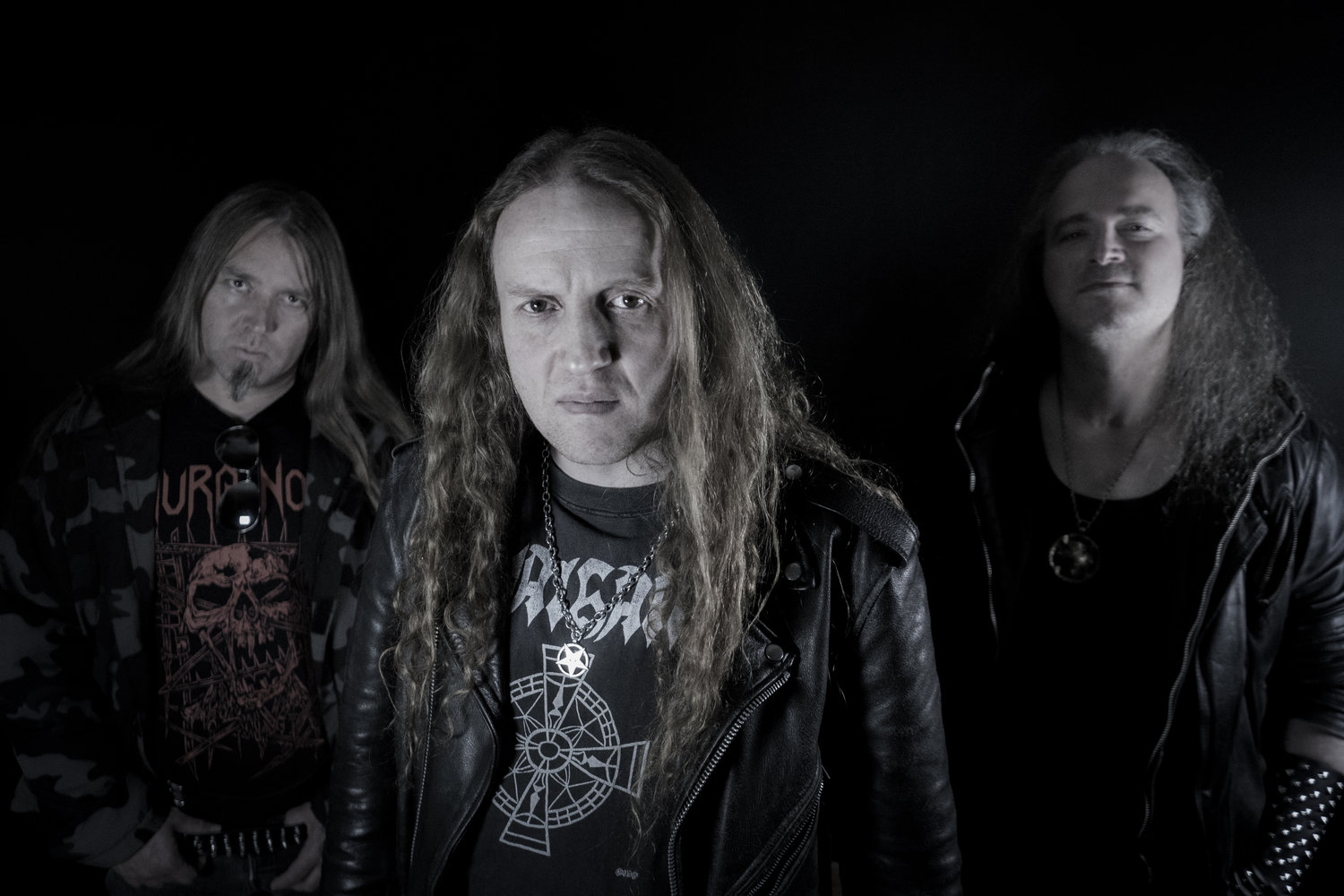 In addition to the album, Aura Noir will be on their "Tour Noire" tour from May 4 to May 11 – more info & dates below!

A band geared towards thrash connoisseurs with active minds and mean spirits, Aura Noir stand at the fore of metal’s definitive genre in an age where the underground is utterly besotted with bands. These Norwegian thrash stalwarts don’t so much tread the line between savagery and sophistication as stomp upon it, showering dirt in the faces of lesser acts with each smoldering crater of an album.

With Aura Noire, a title which quite distinctly resembles their band name, Aura Noir churns through some of the most refreshing, yet nostalgic tracks of thrash metal ever to be heard. The album opens with probably one of the most retrospect of riffs, but suddenly summersaults you into the gloriously dissonant and immersive Aura Noir atmosphere. The soaring and burning shouts of Aggressor intensely glues the otherwise quite varied and playful guitar riffs and drums together, culminating into the essence of thrash that is Aura Noir!

The band comments:
"We’ve been working on this album for more than three years. We feel we sound more like ourselves than ever. Our condolences."

The first Aura Noir recording occurred in the winter of 1994, at first an auxiliary outlet for a creatively inexhaustible Aggressor. Perhaps unsurprising from a man whose credentials included such left-field legends as Ulver and Ved Buens Ende, this untitled demo is unsettling and manic in tone, stylistically restless and eclectic but with a strong and distinctive musical presence. While the disparate ideas present here would be further explored and perfected by Aggressor later with Ved Buens Ende and Virus, it seems Aura Noir’s true purpose would be to address a more distinct deficit.
Now, after nearly 25 years upholding and reinvigorating thrash metal’s grimmest traditions for the delight of the international underground, in 2018 the Ugliest Band in the World will unleash their sixth full length on Indie Recordings, the semi-self-titled AURA NOIRE. With no overdubs or embellishments, the album underscores the band’s potency as a power-trio and reinforces their primacy among thrash’s primal pantheon. Aura Noire conjures the might of Venom, the versatility of Voivod and the majesty of Aura Noir.