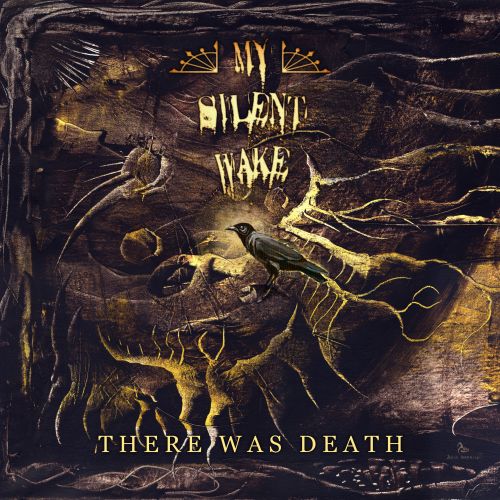 MY SILENT WAKE – There Was Death

Whenever I listen to the UK act named My Silent Wake, the words morose and crushing seem to crop up a lot, which is undoubtedly because those two words summarize the band’s dense and dynamic song material perfectly. Comparisons could be made to certain aspects of My Dying Bride, Mourning Beloveth, early Saturnus, and the first couple of Paradise Lost records, but My Silent Wake is a raging beast with a sound and identity of its own.

"There Was Death" contains nine rather dark and oftentimes bleak tunes that will undoubtedly leave you in a foul mood. The devastating album opener "A Dying Man’s Wish" is so intense that it hurts while "Ghosts of Parlous Lives" is simply riveting due to its gorgeous melodies. More or less every song offers something different yet equally haunting. Speaking of haunting, give the closing track "An End to Suffering" a spin and you will see what I mean. The clarity and passion of the band’s performance is invigorating and inspiring while the variety of the tracks is revelatory at times. There is nothing even remotely pretentious about My Silent Wake; they mean business and they plow through their tunes like they fucking mean business too!

"There Was Death" is not a challenging album as such, but it oozes confidence and possesses an emotionally charged life of its own that is utterly convincing. Things sound even more cohesive and coherent than earlier on, and I am not merely referring to the songs themselves and the running order of the tracks, but the album as a whole and the gloomy atmosphere that pervades it. The entire thing feels more complete somehow compared to its predecessors. The fact that "There Was Death" is even more varied than previous releases underlines the fact that My Silent Wake keeps getting better with time. It is a muscular and professional sounding effort that will appeal to all lovers of spirited death, doom, and dark metal. Living through death!