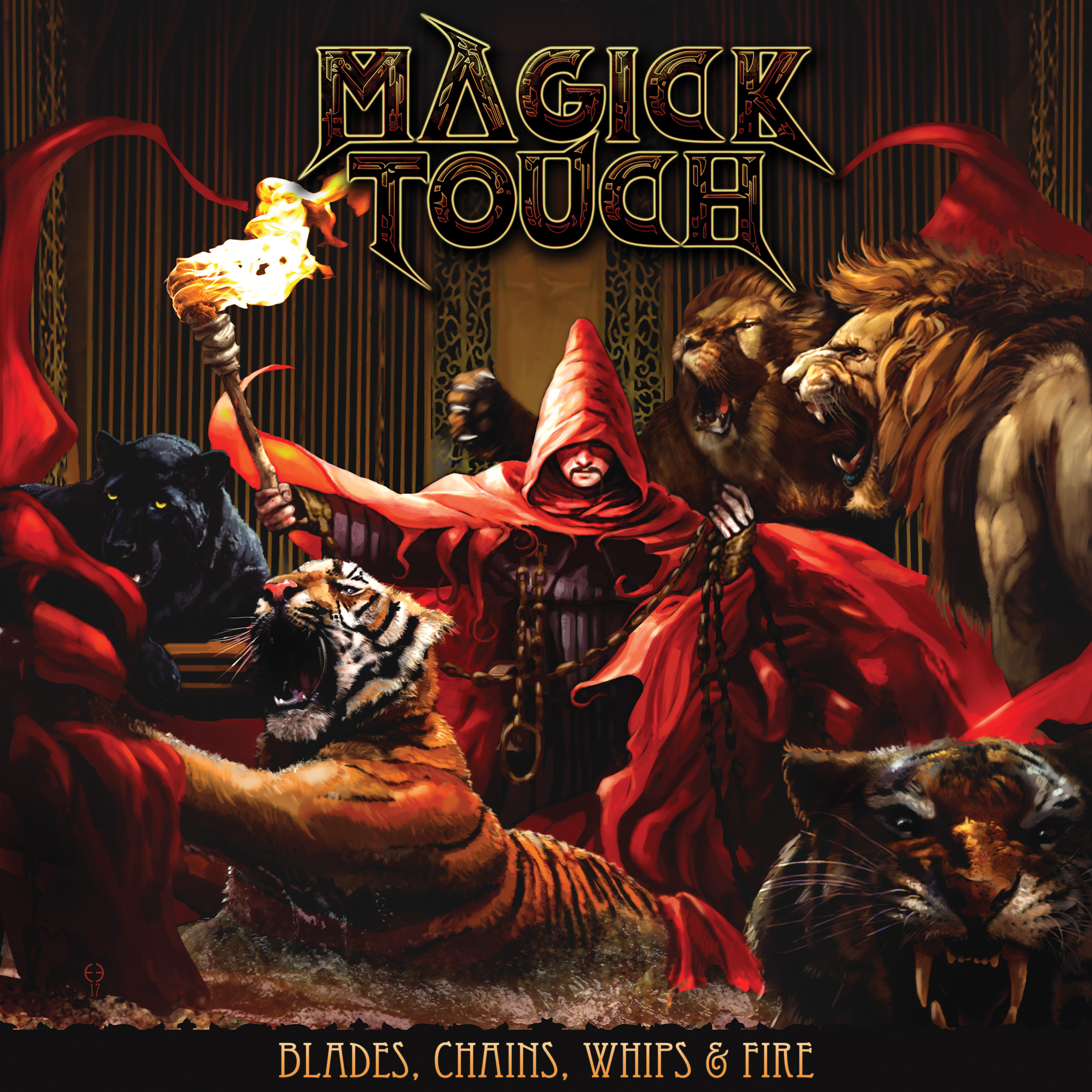 The powerful Norwegian trio named Magick Touch is about to release this fiery and bombastic 10-track effort of theirs entitled "Blades, Chains, Whips & Fire" through the ever-reliable Edged Circle Productions. Musically and stylistically speaking, Magick Touch takes us back to the grand old masters of hard rock and the good old days when hard rock actually rocked yet managed to tell a story and conjure up a unique atmosphere on top of it all.

In many ways, "Blades, Chains, Whips & Fire" brings to mind certain aspects of Thin Lizzy, Pentagram, Blue Cheer, Led Zeppelin, and even the "Master of Reality" masterpiece by the mighty Black Sabbath as well as early Whitesnake. Like I said, these guys are firmly rooted in vintage hard rock, but somehow they manage to make it sound current and strangely timeless too, which is obviously a huge compliment. The explosive "Under the Gun", the mystical title track, and the Lizzy-esque "The Great Escape" are thrilling pieces while the slightly more introspective and dynamic composition that is "After the Fire" offers something different yet equally powerful and riveting. Not every tune is a hit, but the majority of them are both interesting and captivating not to mention that the musicianship is highly competent all the way around.

The album has a certain flow to it that is most commendable and the production values are just right for these fuckers’ brand of hard-edged rock with muscular riffs to it. The vocals are slightly hit-or-miss from time to time, but nothing too major or worrying, really. The bottomline is that there is a certain confidence and charm to this well-crafted slab of ravaging Norwegian hard rock spawned by Magick Touch and that is basically all the reason you need to check this cool album out.