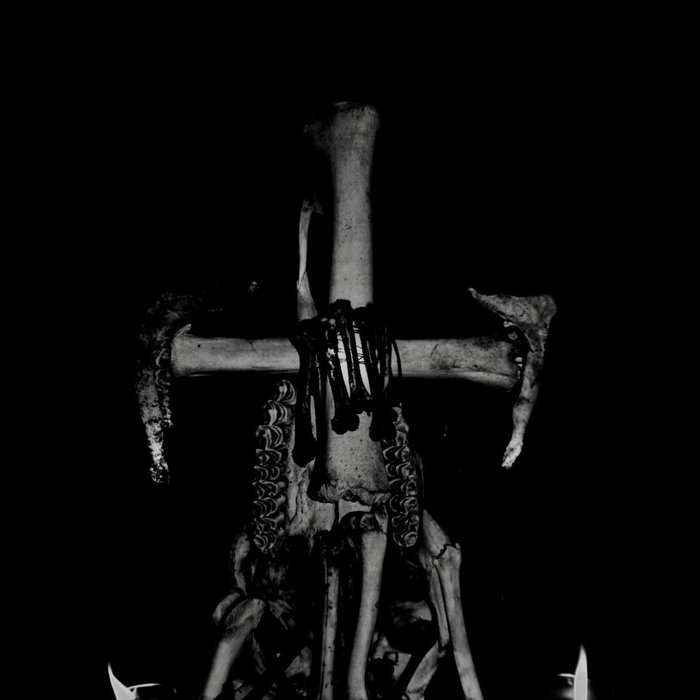 The nasty Norwegian fuckers that are Filthgrave recently spat forth this rather ugly and interesting 4-song demo entitled "Desecration" containing roughly twenty minutes of somewhat simple, murky, and catchy black metal, and the result is quite good and worth exploring in more detail.

The music conjured up by Filthgrave is firmly rooted in old-school black metal and incorporates a lot of ideas and traits from 80s thrash metal. The vocals are slightly deeper and more malevolent than the usual screeching black metal bullshit ones that we are usually served. Actually, the vocals bring to mind some of the ancient death metal bands that we all love and cherish, which is obviously a compliment to Filthgrave. There is an underlying sense of something chaotic and totally reckless running through the entire demo, which is both appealing and wonderfully disturbing. On top of that, the warm and organic sound of "Desecration" suits the song material perfectly and only enhances the old-school vibe and feel of the cursed thing. Many of the riffs are memorable and the rumbling bass locks in nicely with the pounding drums. The standout cuts are the varied and oppressive "Desecration of Hallowed Tombs" and the intense and driven "Worship Baphomet". For some reason, the latter makes me think of US horde Thornspawn as well as the first couple of Bathory albums, but that can only be good thing, right?

"Desecration" is neither original nor innovative, but I honestly do not think that this quartet gives a shit about any of that. The focus has obviously been on evoking a sense of something bestial and abhorrent by means of old-school black metal devoid of any kind of musical experimentation whatsoever. In that sense, this demo does exactly what it sets out to do and manages to establish a grim and claustrophobic atmosphere that remains intact throughout each of the four tunes. "Desecration" definitely possesses a wicked charm that ought to appeal to all you lovers of raw and sinister black metal out there. It is available digitally via Bandcamp and there is also a tape version of it somewhere out there, but those copies might have been snapped up already.

The demo will also be available on CD in a rather limited edition in the not so distant future, so act fast if you want a copy and make sure that you pre-order it here: https://filthgrave.bandcamp.com/album/desecration
https://www.facebook.com/filthgrave/
PREVIOUS POST