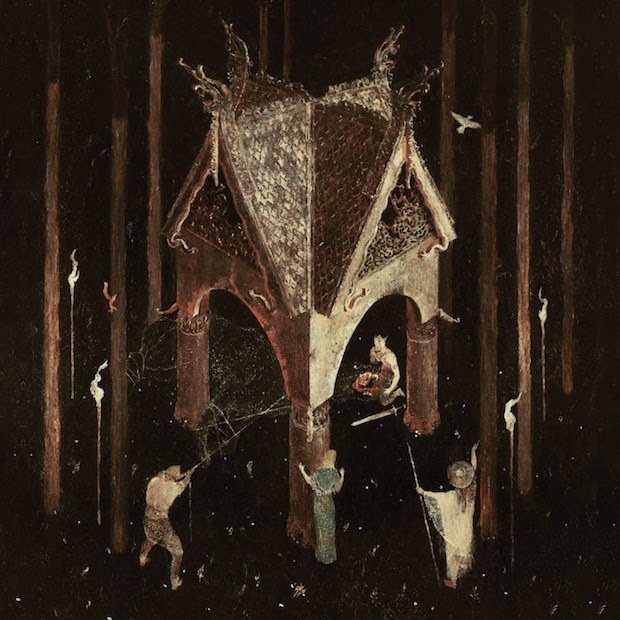 Wolves In The Throne Room have released another track off of their forthcoming masterpiece Thrice Woven titled "Angrboda," the song premiered on Adult Swim’s Singles Program to coincide with the Eclipse. ‘Angrboda’ derives from Norse Mythology and was the name attributed to the giantess herald of sorrow and the song honours the memory of Joey Casio and Barrett Clark, members of the record label Katabatik who perished in 2016’s Ghost Ship fire. "Angrboda" dives into cold, esoteric sounds that WITTR has been returning to.

"We release this song to honour our beloved friends in the Katabatik community who died in the Ghost Ship fire," the band said of the track. "Wolves In The Throne Room was born in the mountains in celebration with these same brothers and sisters."

Since their inception in 2002, Wolves In The Throne Room have accrued over 5 studio albums and hundreds of live performances-reinterpreting black metal through their own Cascadian prism. Their songs explore the hidden world of magic that one accesses through dreams, visions and music and the resulting sounds are intimately linked to the wild lands of the Pacific Northwest. Now, a portal into the dreamworld of Wolves In The Throne Room opens again with their forthcoming sixth LP, Thrice Woven-a glorious return to the blazing and furious Black Metal that they alone can create.

Thrice Woven will be released on September 22nd via Wolves In The Throne Room’s own label, Artemisia Records.