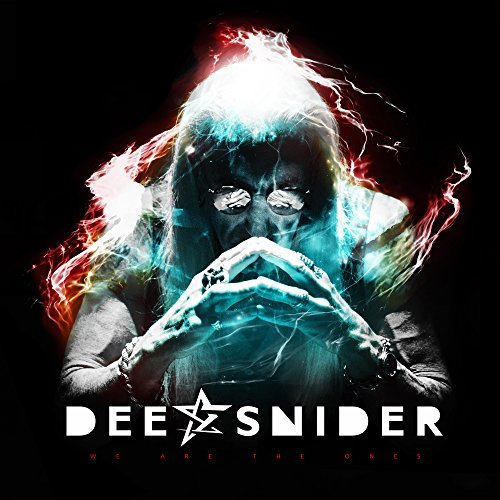 Legendary Twisted Sister front man Dee Snider released this solo album of his last year, and to tell you the truth, I had no idea what to expect when I popped "We Are the Ones" into the record player, but that is a good thing. It is always cool to kind of just immerse oneself in something without any preconceived notions. In fact, not having any preconceived notions or expectations turned out to be mightily important when listening to this 10-track effort by Snider in the sense that it has nothing to do with Twisted Sister or any of the other bands and projects that he has been involved in over the years. This one even differs from his two previous solo outputs ("Never Let the Bastards Wear You Down" and "Dee Does Broadway"), which I think is great. Why should Snider repeat himself and churn out the exact same thing twice? Right, that is what I figured.

"We Are the Ones" emphasizes big choruses, anthem-like riffs, memorable vocal lines, catchy melodies, and great hooks. It is a very modern-sounding record and almost like a mixture of hard rock and pop music. I suppose modern hard rock with pop undertones is more like it, now that I think about it. Snider still possesses a great voice and an even greater attitude, which definitely shows on this album. While energetic and bombastic tunes such as the industrial-tinged NIN cover "Head Like a Hole" and the roaring title track not to mention the melancholic piano-and-vocal version of the Twisted Sister classic "We’re Not Gonna Take It" and the strangely uplifting "So What" work like a charm, cuts such as "Close to You", "Believe", and "Crazy for Nothing" are less impressive. In that sense, the album is not all that coherent and cohesive in that it loses momentum in places, which is a shame really. Still, the overall impression I am left with is that "We Are the Ones" rocks! It is difficult to not be swept away in places, that is for sure!

I have encountered a couple of fucks out there who thinks it weird that Snider suddenly puts out modern-sounding music such as "We Are the Ones", and while I do agree that this album is a little uneven and that the quality of the songs ebbs and flows a bit, I find it refreshing to hear him do something different and something that most people were not expecting at all. In the overall perspective, this one was a pleasant surprise to me.

THE DRIP – The Haunting Fear of Inevitability