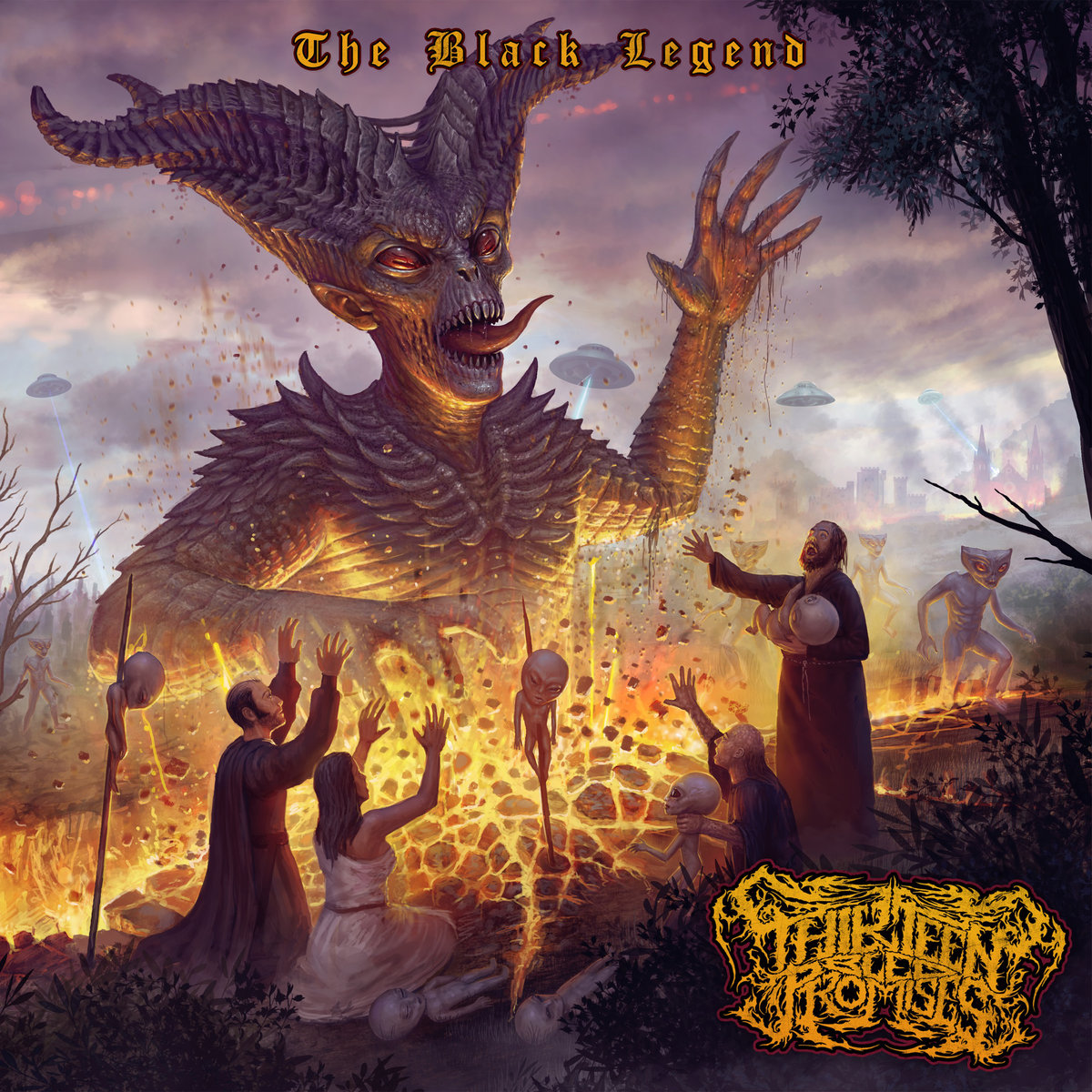 Thirteen Bled Promises is an insanely brutal deathcore band hailing from Spain, and this album of theirs entitled "The Black Legend" is a follow-up to their 2012 debut album. The music spawned by these guys is pure fucking lunacy. Elements of death- and grind metal are thrown in for good measure, but that does not change the fact that we are dealing with punishing and utterly relentless deathcore here. The shredding guitars, the highly technical and intense riffing, the insane growling, the pounding drums, and the break-neck pace of the music may be enough to satisfy the most ardent grind/deathcore freaks out there, but to me "The Black Legend" contains too much filler material. Very few of the tunes linger in my warped brain once I reach the end the disc apart from the awesome "Biblephagy Slender Phytobezoars" and "A Fully Stabbed Face". Also, the total lack of bottom-end gives me diarrhea. A better and more suitable mix of the album would probably have made me dig this a bit more, but the fact if the matter is that the debut album, "Heliopause Fleets", was way better than this one. I am sorely disappointed in "The Black Legend" and I definitely expected more.