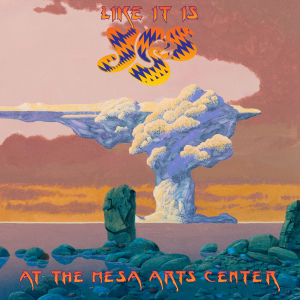 This 2CD live set by the progressive British rock gods known as Yes sees the band perform their two classic albums entitled "Fragile" (1971) and "Close to the Edge" (1972) in their entirety on their 2014 world tour. Needless to say, Yes consists of brilliant musicians who have written timeless songs and albums over the years, and "Like It Is – Yes at the Mesa Arts Centre" is a great representation of just how professional and captivating these guys are on stage. The band is unbelievably tight and is truly a well-oiled and seasoned machine on the live circuit. That pretty much goes without saying. The songs flow together perfectly well and the show as a whole is very atmospheric. The production fits like a glove and it is pretty clear that the band has lost none of its edge and drive over the years. To put it briefly, this live album is a great and worthy addition to the Yes discography.

By the way, this release is also available on LP, blu ray, and DVD. I merely got my hands on the 2CD version, so I cannot comment on the visual aspect of this show.