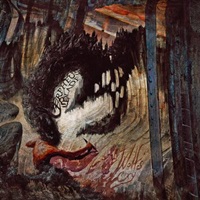 Moving from a band to a solo project and back to a band again, Israel’s Orpheus Blade is a progressive metal act with dual female/male vocals as well as intriguing songwriting on this hour long odyssey that is their debut offering "Wolf’s Cry". Injecting a lot of their Middle Eastern touches from acoustic/piano passages in "The Becoming" or the heavier double bass strains of "Because He’s Made of Flesh", the 13 tracks move about in a moody, storyline fashion. Vocalists Adi Bitran and Henning Basse handle the singing- Adi’s voice very dramatic and snake charming, atypical of females in this genre – while most know of Henning’s professional skills through his years in Metalium.

Everything from Beyond Twilight and Dream Theater to Symphony X and cinematic composers enters the framework of Orpheus Blade – the band can be theatrical in the setup of "The Finest Art of Feeding", possibly one of the heaviest songs that builds through the twin guitar harmonies and progressive drumming, then more power /commercial oriented on "Under Dying Stars", the musical hook something I would expect from possibly 80’s arena hard rock/AOR bands before dropping to atmospheric/ synth-pop textures during the verses. Henning grabs all of his metal larynx and mines gold for "In Sickness and in Hell", another mid-tempo marcher that should be a set list highlight.

The key to progressive metal albums is versatility – be it short, narrative bursts to advance the story as the 90 second "The Death of All Morrows" does, or the epic 7 minute closer "Shapeshifter" in terms of a grandiose ballad, sure to bring a tear to many eyes. Orpheus Blade has a great sense of direction, and one can look forward to hopefully more quality product from this progressive metal band.