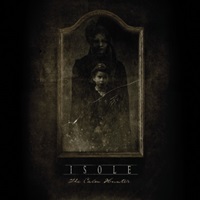 The sixth studio album from Sweden epic doom metal band Isole comes with a couple of lineup changes – the rhythm section to be exact as we have a new bassist and drummer in Jimmy Mattsson and Victor Parri respectively. Fear not friends, as the despair and melancholic riffing as well as sweeping, lower melodies still resonate for this act who have been active since 2004 under this moniker – and the early 90’s under Forlorn for vocalist/ guitarist Crister Olsson and vocalist/guitarist Daniel Bryntse.

The guitar playing on these 7 tracks pulsates from a cultural, driving perspective – almost as if taking what Primordial, While Heaven Wept and acts of that ilk started and adding in the classic atmosphere that made Candlemass legendary during their 1980’s run. Crister and Daniel double up the chill bump factor when singing in tandem, building the flair for the atmospheric payoff on early highlight "Dead to Me (The Destroyer Part I)". Occasionally the lighter contrasts bring about surprise, keeping you on the aural edge – check out the militant, slow drum strains half way through "Into Oblivion" that evolve into a beautiful guitar /background vocal harmony sequence that is breathtaking from an epic doom platform.

What Isole excel at is the nature of keeping their material moving forward – even when the tempos can be slow, they’ll add in double bass flourish or a slight time change (both evident in "The Eye of Light") that keeps things from become too complacent or boring, and then allows the heavier or morose passages to stand out that much stronger. The death vocals and blast beats during "Perdition" provide underground appeal, as Isole will never be mistaken for the latest stoner trendy act to come down the pike. Separating "The Destroyer" track into two parts- as well as placing them at track 2 and 7 in the running order – to me made great sense as the concluding, sparse guitar strains against a plodding bass framework encapsulates the album and makes you feel refreshed, invigorated, and alive.

Another winner from this fine unit.