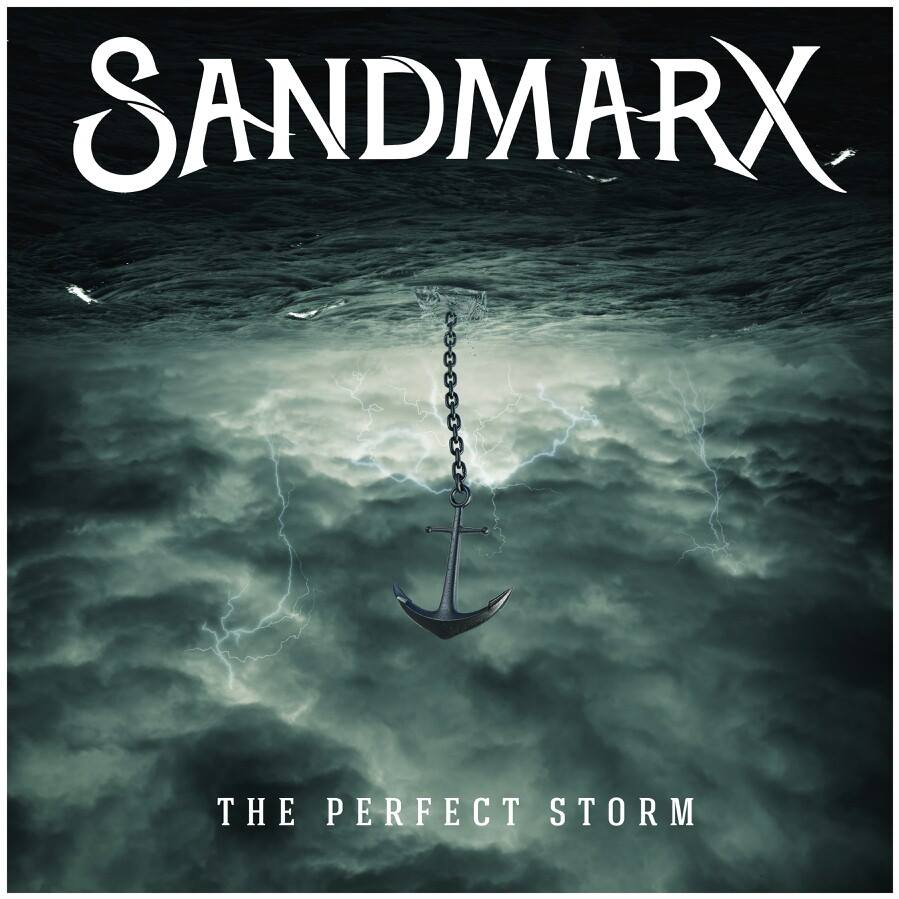 Sandmarx is a hard-rocking Norwegian entity that completely took me by surprise and instantly drew me in the very first time that my brother-in-law happened to play me a few of their songs. When I received the promo for this full-length album, The Perfect Storm, and glanced at the somewhat bleak and melancholic album cover as well as the title, I was not really sure what to expect, but let me just start out by saying that I was pleasantly surprised and in for a bit of treat.

The Perfect Storm contains 10 songs that draw on a myriad of different things, both musically and lyrically. One of the first things I uttered when I listened to the album the very first time around was "It sounds to me as if they love Guns N’ Roses" and that is a compliment, but let it be known that Sandmarx as a whole does not sound like some cheap rip-off or some shit like that. There are clearly references and nods to Guns N’ Roses, Slash’s Snakepit and a whole bunch of 80s bands that I am too fat and lazy to name-drop here, but the members of Sandmarx have managed to shape and form a musical identity of their own, and for that they deserve praise.

The majority of songs off The Perfect Storm are interesting and captivating, but I must say that the gritty and bluesy "Band on Fire" and the varied "No More Chances" stand out the most to me. However, the songs are generally quite dynamic, and the band obviously has a knack for writing memorable songs that possess a drive and have some intensity to them. Sandmarx strikes a nice balance between all-out rocking riffs and passages, somewhat emotional and melancholic parts, and bluesy and melodic stuff. Heck, there are even a few epic and grand parts scattered throughout the record, "Sorrow" being a pretty good example of that. Notice how the guitar solos present in the aforementioned song really underline its epic atmosphere! The voice of Sandra Zsabo is awesome and truly compliments the songs in that it covers a lot of ground. She sounds gentle and almost fragile in places only to suddenly explode and blow your head clean off. Great stuff!

The record has an organic sound to it. It almost sounds as if the band recorded it live in the studio in the sense that it is a little rough around the edges and raw in places, but that is the way this type of music ought to sound, ladies and gentlemen. Hats off to the band and the producers for making it sound real and evoking a vibe that fits the song material well.

If well-written and catchy hard rock and metal music is your thing then check out Sandmarx and The Perfect Storm once it is out. Support underground gems such as this, damn it!