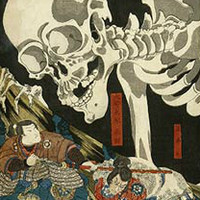 San Francisco, California’s Hot Fog are an eclectic heavy metal band – probably a product of the vibrant music scene of the city. Forming in 2007 and releasing their first EP "Wyvern and Children First" in 2010, we finally get a full length from the quartet – an 8 song entity that has a lot in common with the late 70’s to mid-80’s hard rock and heavy metal scene. "Secret Phantasies of the Dragon Sun" overflows on a focused riff and melody platform – elements of Deep Purple, Judas Priest, Angel Witch, Riot, and Thin Lizzy come up – in addition to the mighty Slough Feg from their own state.

Driving riffs, a sense of well-timed groove, and lead breaks that meld seamlessly in a bluesy manner to the arrangement at hand make songs such as "Dawn of the Falconer", "Priest of the Hillpeople", and "By Sanity Denied" instant aural favorites, as you gallop, clap, and sing along. Vocalist/ guitarist Tim Mitchell has a fun, playful way to his melodies – injecting colorful personality instead of reaching the highest bird call notes for "Epoch of the Tyrant" while being a little epic and cultural during the Maiden-like 9 minute plus "Agamemnon’s Gambit". Bassist Lars Savage has just as much a role in driving home not only the bottom end but signaling the twin harmonies from Mitchell and Mike Drake – check out the intro section of the Far Eastern influenced title track and the aforementioned "Agamemnon’s Gambit" for Hot Fog’s obvious testament to the 1980’s metal legacy and strong chemistry.

You don’t hear a lot of bands in the current scene of America that put things together in an energetic and creative manner like Hot Fog. It’s not easy to bring the spirit of the early metal years to 2014 – but I believe "Secret Phantasies of the Dragon Sun" will make more drag out their flying V’s, point the microphone to the sky, and crank those amps up to 11 as Spinal Tap would say.