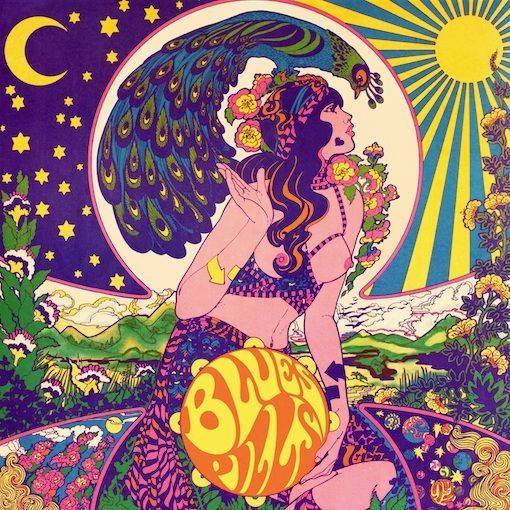 The vintage hard rock phenomenon known as Blues Pills is about to unleash its first and proper debut album, and what a grand fucking joy that is to witness and immerse oneself in. The self-titled debut album contains 10 brilliantly crafted and catchy songs that are truly captivating in every sense of the word, one of which is actually a Chubby Checker cover. The parallels between and references to old gods such as Cream, Led Zeppelin, Janis Joplin, Black Sabbath and the whole late 60s/early 70s sounds and atmospheres are prevalent and obvious throughout each and every song, but contrary to what some may believe Blues Pills are in no way a bad and lame-ass retro-act. While most other so-called retro acts try to re-capture the sounds and moods of old and fail miserably while doing so, Blues Pills are relevant, entertaining, moving and genuine. Nothing sounds forced, contrived or watered down on "Blues Pills". The voice of Elin Larsson sends chills down my spine and makes the hair on my sloppy arms stand up, the musicianship is excellent, the sound is crisp and yet suitably raw, and, to tell you the truth, it wouldn’t really make any sense to hand you a track-by-track analysis of the album, because you need to experience and feel this in its entirety by yourself. Oh man, that voice of hers…and that melancholic atmosphere…just do me a favor and check this album out as soon as fucking possible!