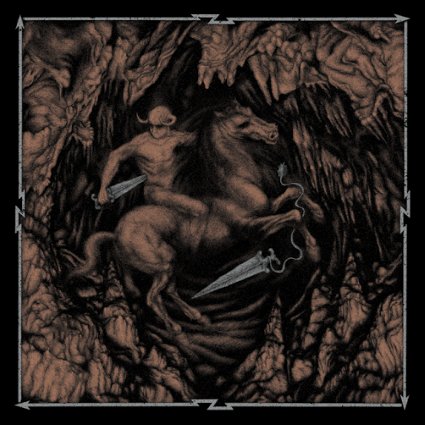 Bölzer took the metal world by surprise with their crushing EP "Aura" back in 2013. Their sole demo "Roman Acupuncture" was good but NOTHING has yet to top "Aura" since. I am serious, that first EP is so good that it´s almost been on daily rotation since I got hold of it some 12 months ago.

When Bölzer announced a follow up, I started salivating and when "Soma" dumped down my mailbox the anticipation was almost too much for me. I had to lie down a minute before I pressed play.

The two track EP "Soma" runs for about 18 minutes and it follows (almost) right where "Aura" left off. Haunting riffing, that dreaded Bölzer vocal and the drumming intensity to keep you on your toes.
The swiss duo (aptly named Hzr & KzR) does not let you down (even though I can let you know right away that it does not top "Aura").

Their brand of death metal is something new and exiting without trying to be either the fastest or the most broootal band in the book. Their death metal just clicks with me on a spiritual level and you have to witness it to obey.

The first track Steppes could (and maybe was written for) be on "Aura". That running riff is so perfectly disguisting that only their mamas (and an horde of fans) could love it.

The second track (Labyrinthian Graves) with a running time over 12 minutes is sadly not that marvelous. It kinda dragges a little and for better word for it becoming kinda monotone in the long run. It has it´s moments but in the overall the weakest of the two.

"Soma" runs with the same production as on "Aura" so that uniqe sound you learned to love on "Aura" still torments your earlobes after going thru "Soma" 7 times in a row.

Yes, Bölzer´s music must be learned to love and their material is growing on each spin so maybe in a couple of weeks "Soma" would have got full score.