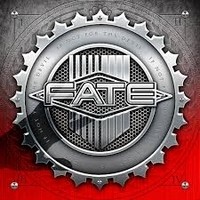 Another Danish melodic hard rock/ AOR-oriented act still going strong in 2013 with this latest studio album "If Not for the Devil". In this style of music, powerful production + the right songwriting chemistry and performances = a home run. "Feel like Making Love", the mid-tempo hook heavy title cut, and neo-classical flair for the dramatic "My World" are 3 of 12 songs sure to make a stir for Fate and their fervent following.

Guitarist Torben Enevoldsen and vocalist Dagfinn Joensen make a great tandem, as keyboardist Mikkel Henderson fills in the key rhythm sections and also adds in some 80’s AOR parts that make "Turn Back Time" and the ballad "Hard to Say Goodbye" worth hearing. Dagfinn reminds me of a mix of The Outfield and latter day 80’s American hard rock, confident and amazing with spot on chorus harmonies that make "Made of Stone" an instantaneous toe tapper.

Hooking up with Jacob Hansen was a smart move in terms of professional tones and vibrancy behind the production console. Those who love AOR-vocal harmonies, shimmer melodic hard rock with guitar hero worthy leads and variety in terms of anthems, up tempo numbers, and the occasional ballad will be very pleased with "If Not for the Devil".

Sure this may not be the Fate of old, as only bassist Peter Steincke remains from the original 80’s lineup- but in 2013 this re-tooling could produce a new influx of melodic hard rock / metal fans who can recognize quality bursting at the seams.