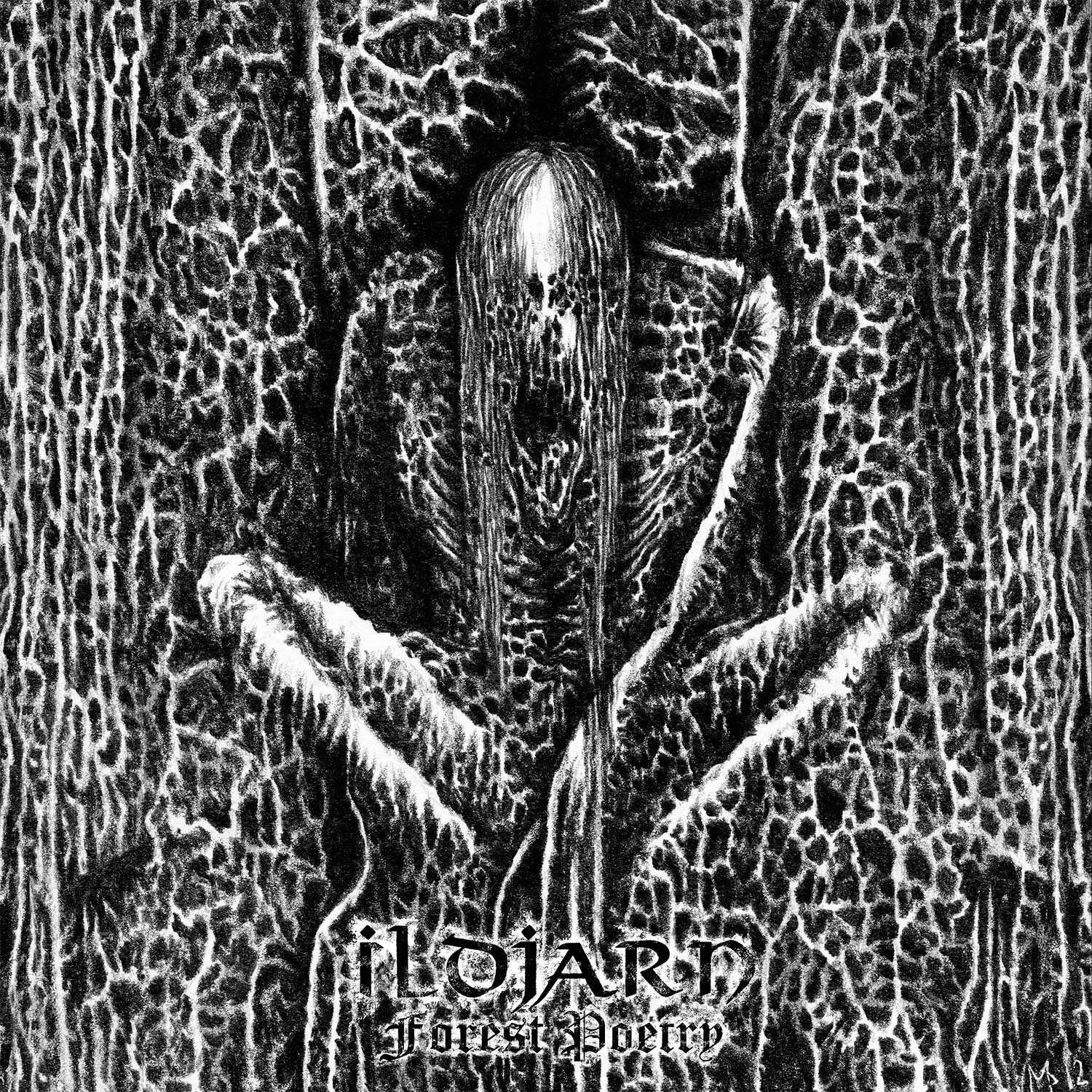 The Norwegian entity known as Ildjarn was quite productive throughout its existence and released tons of different shit (demos, EPs, albums and compilations) from its inception all the way back in 1991 and up to the present day. However, the project formally ceased to exist in 2005 as far as I know. "Forest Poetry" was originally released by Norse League Productions back in 1996 and is now set to be re-released by Season of Mist in the not so distant future.

Inhumanly raw black metal of the most necrotic kind is what Ildjarn is and does on "Forest Poetry", and I`m sure that it`ll appeal to some of you human stains out there, but I`ll have to admit that I almost instantly grow tired of listening to it whenever I decide to give it a spin and that there aren`t really any tracks that stand out to me as such. It`s not that I don`t like raw, minimalistic and unpolished music, but Ildjarn is just…well, it lacks atmosphere in my opinion and I don`t find myself drawn or attracted to it. It`s simply not captivating, in other words.

All the songs sound pretty alike and seem to consist of 3-4 chords and harsh vocals that go nowhere, but credit must be given where credit is due and the songs "No Place Nowhere" and "Chill of the Nigh" do stand out a tiny bit and appear slightly less one-dimensional compared to the rest of the tunes on the disc. However, we`re not really doing that well statistically speaking when considering the fact that the other 20 tracks are either boring or downright dreadful to listen to.

Had there been some hypnotic melodies or bleak moods or simply something interesting present on this album I would undoubtedly have been a bit more generous towards it in this little review of mine, but as the matter stands "Forest Poetry" comes across a disjointed and inaccessible affair. It`s grim and unproduced alright, but that certainly doesn`t mean that it`s quality music. Some of you will love it while others will hate it, and I suppose that`s a quality in itself in that it`ll provoke strong reactions and opinions from its listeners, be they positive or negative. The choice is yours. Me, I`m pretty sure that I`ll never listen to this again.