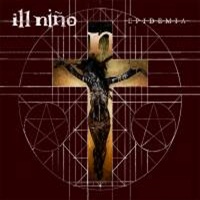 There are commercial aspects to "Time Won’t Save You" with the clean, hypnotic verses and chorus along with this addictive, jackhammer riff that keeps reverberating in my head along with some cool Latin acoustic guitar parts during the conclusion- and with "Forgive Me Father" as the follow up I don’t see many Ill Nino fans thinking the sextet have lost any of their modern songwriting abilities. The aspect that helps the band stick out from their contemporaries is the prominent use of Latin percussion and drum motives in songs like "Demi-God" and "Invisible People"- taking what Soulfly does to another dimension because their dual drumming/ percussion play isn’t purely from a tribal platform.

10 songs in an economical 37 minutes- "Epidemia" gets the job done if you are into this style of quick hitting riffs and powerful, groove-oriented rhythms.

MODERN DAY CITIZEN – From The Shell