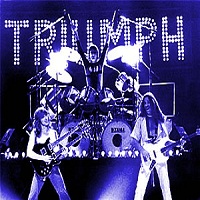 A fixture on the scene for the late 70’s and most of the 80’s, Canada’s Triumph return to the prestigious Sweden Rock Festival for a reunion show and here is their latest output. The power trio of hard rock sticks to their 1976-1983 studio days for this 10 song album, mixing up their early fiery instrumental skills with “The Blinding Light Show” and their first major hit with the faithful “Lay It On The Line” through the classics “Magic Power”, “Fight The Good Fight”, and “Never Surrender”. Most of the material has extended segments where Rik Emmett’s exemplary technique and solo mastery gains the lion’s share of attention.

Nostalgia worthy of a few listens- but don’t expect any full fledge steady output from the band, as I believe Triumph prefer to let their previous discography stand up and not release any new material that would tarnish their reputation.

SWALLOW THE SUN – Emerald Forest And The Blackbird