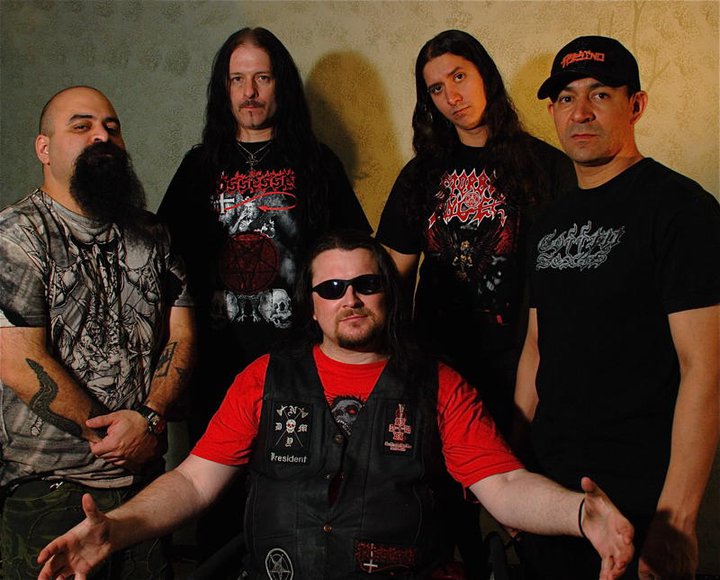 After a seven year hiatus we are proud to welcome back Dave Mustaine & Co to our festival. MEGADETH is the second of the Big Four in thrash to be confirmed for this summer, and based on their latest album Th1rt3en, they are well and truly back to their old form!

Our next addition has been on our wish list for a very long time and this year we’ve done it: POSSESSED are coming to GMM2012! Frontman Jeff Becerra nearly lost his life in a shooting in 1989, leaving him paralysed from the waist down. He fought back and, against all odds, resumed lead singer duties. Nearly a quarter century later, Possessed and Jeff Becerra are still brimming with energy, wheelchair or not.

With KYUSS LIVES, we are pleased to add yet another first-timer to the bill. In the late 80s and early 90s, this mythical band paved the way for the likes of Queens of the Stone Age. Their two sold-out shows in the AB in Brussels last year shook the house to its foundations so we’re in for a real treat.

Savatage’s metal masterpiece "Hall of the Mountain King" was released in 1987. Then came the brutal debut release from Doctor Butcher in 1995. Now after 25 years, JON OLIVA’S PAIN will bring both these albums to the Graspop Festival stage in 2012 as they perform an anniversary assault of music from both iconic records. Along with HOTMK and Doctor Butcher, the band will perform additional Savatage and JOP songs and continue to celebrate the life and work of JOP’s recently departed guitarist and brother, Matthew LaPorte. The lineup will consist of Jon Oliva (vocals and keys),Christopher Kinder (drums), Jerry Outlaw (guitars), Jason Jennings (bass) and a very special guest guitarist to be announced soon!
The Mountain King returns once again to the Graspop Stage for this once in a lifetime show…Don’t miss it!

The GMM lineup has always been a mixture of household names and promising new acts, and YOUNG GUNS definitely belong to the latter category. If you were impressed with Bring Me the Horizon and Escape the Fate at last year’s festival, then Young Guns should be right up your alley.