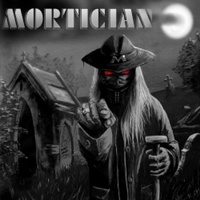 Back in my days as co-editor of Snakepit magazine I remember reading an interview about this Austrian traditional heavy metal band who put out a couple of demos in the late 80’s and broke up shortly thereafter. After a 2009 compilation of their three releases hit the streets, we finally have a debut self-titled album with eight new songs and three live tracks as bonus from their 2010 Keep It True festival performance.

Essentially we have a group who hover in the Accept and Judas Priest mold, although they occasionally veer into the bluesy, three chord AC/DC territory, especially on the title track which appears to have a lot in common with early Brian Johnson led times. “Worship Metal” is an ode to the genre we’ve come to grow and love, twin guitar lines leading in a militant manner with latest singer Daniel Khan rumbling through the verses and chorus with his own half warbling, half deep vocal delivery.

And there lies the problem in fully recommending this record. I’ve never been against unconventional singers for traditional metal bands- Udo and Chris B. from Grave Digger being the two easiest examples that make things work- but Daniel just doesn’t cut the mustard and raises cane with my patience quota six songs in. His limitations truly arise in a live setting, with “No War” very painful to sit through.

Such a shame, as bassist Patrick Lercher really contributes some steady finger thumping on the closing live effort “Sacrifice Of Sin” which contains some nifty “To Tame A Land” like instrumental movements. But Mortician prove to be an uneven entity because the musicians outshine the weak vocal output.