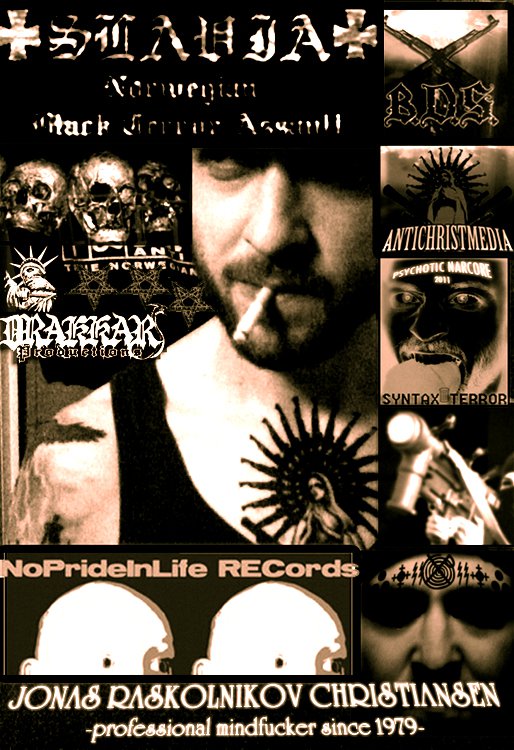 On November 18th, members from high profile Norwegian metal bands, including Darkthrone, Satyricon and Taake, will hold a live show called ‘Algir – Støttekonsert for Jonas R. Christiansen’ at Bergen’s prime rock venue, Garage. The aim? Raise awareness for colon cancer. In addition, Helheim, Gravdal and Slavia themselves will perform in order to help raise funds and provide 31-year-old Jonas Christiansen with a chance to fight the disease.

Diagnosed with colon cancer earlier this year, the Slavia vocalist has gone through conventional treatment at Norwegian hospital Haukeland in Bergen but the prognosis has remained the same. After much deliberation amongst Jonas, friends and N.I.F.A.B. (Norwegian Institute For Alternative Treatment, www.nifab.no), Danish International Clinic for Cancer Treatment Humlegaarden (http://www.humlegaarden.com/) was picked as the best place to help extend Christiansen’s life. By arranging this live show, we hope to raise enough money for Jonas to get additional treatment aside that which he has already received at Haukeland University Hospital in Bergen.

Born and brought up in Kongsberg in the Eighties, Jonas Christiansen put his original band Slavia on hiatus and moved to Oslo to concentrate on Moonfog Productions’ newly-signed band Disiplin in 2003. While their self-titled debut album quickly shot them onto the national and international stratosphere through their contagious, mid-tempo riffs intermittently layered around chilly black metal blast beats, it was their second album, ‘Anti-Life’ that saw the Norwegian ensemble truly owning their musical skills. As Disiplin went through a variety of personnel changes in 2005, Christiansen moved back to Bergen and resurrected his original project Slavia which released debut album, ‘Strength And Vision’ through Drakkar in 2007. A third album is planned to be released in early 2012 – if Jonas’s health improves.

If you cannot make this show, you can also help Jonas Christensen by donating to the Jonas R. Christiansen’s fund here: http://www.facebook.com/pages/Til-Jonas/243598529012144?ref=ts