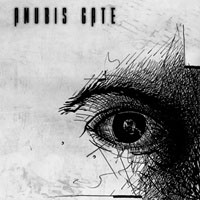 Those well versed in the progressive and heavy metal community need no introduction to this Danish troop Anubis Gate, as this self-titled fifth album continues the rich, vital songwriting and exemplary performances we’ve come to expect. For all of the others who are unwilling to stretch beyond Dream Theater, Fates Warning, and early Queensryche parameters… read on.

Bassist Henrik Fevres takes a bold leap of faith from merely writing the lyrics and melodies for the band to actually becoming the lead vocalist (taking over for Jacob Hansen, who still handles the co-production for the band), and it’s shocking that he didn’t take this risk sooner as the fans will be reaping the rewards. His singing is clear and confident, almost crossing the lines of Nils K. Rue from Pagan’s Mind with Jon Anderson of Yes- and when you hear him double up harmonies within tracks like “The Re-Formation Show” and “Golden Days” there’s just something mesmerizing that makes the melodies addictive.

Often bands who choose progressive metal as their style are stuck in one of two conundrums. Either the musicians in their desire to push the parameters of the genre cram every crazy technique or off time riff sequence into each arrangement and thus risk alienating the average non-musician consumer- or worse yet, merely plagiarize from the veterans of the business and attempt to pass these songs off as their own. Fortunately for us, Anubis Gate aren’t afraid to be creative while also writing solid songs and structures- beneficial for all consumers in the long run. I hear elements of Crimson Glory, Tad Morose, Fates Warning, and as far reaching as Genesis in their musical compositions, riff phrasing and how the songs flow- but they are able to pull things together as their own.

The quieter moments building tension and setting atmosphere against the crunchy guitars and forward thinking drum parts- something that grabs you and makes the hair on your head, neck, arms and legs stand up on end right from the “Hold Back Tomorrow” opener through the concluding 9:23 epic “Circumstanced”. The instrumental breaks and soloing sections may be deceiving in their execution- because they aren’t your typical shred fests. I would imagine the quartet really enjoy the challenge of keeping the sound full, exciting and also being progressive with the interplay. Not many bands have the kind of guitar symbiosis present in “Desiderio Omnibus” that just keeps your ears pinned with anticipation over the next measure and sequence change.

Whereas 2009’s “The Detached” featured more of the Djent aggressive nature in many of the heavier songs, “Anubis Gate” appears to be atmospherically open and dynamically exploring the outer reaches of the band’s sound. One thing is for sure- they aren’t stagnating five albums into their discography, which means infinite enjoyment for this listener and probably tens of thousands of others across the globe.