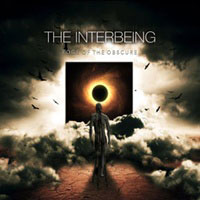 THE INTERBEING – Edge Of The Obscure

The state of metal in Denmark appears to be alive and well – given the success of Artillery and Mercenary in the current scene, I’m not surprised to see the new breed pushing parameters. Take The Interbeing – an unusual moniker for a tech metal meets melodic death group, but with their debut album “Edge Of The Obscure” they appear poised to spur on word of mouth appeal simply due to strong songwriting, obvious talent in their performances and a killer sound.

The foundation would be polyrhythmic and syncopated riffing techniques that Meshuggah made famous a decade and a half ago, wrapped around the occasional melodic clean choruses that Soilwork knows and loves – and yet they throw in the programming and industrial touch from time to time much like Fear Factory. One minute your body will go into spasmodic convulsions for “Face Deletion” and the next minute the tech metal mindset takes over for “Swallowing White Light” as Dara Tolbin’s swirling, circling melodies capture Burton C. Bell during his peak years.

Spending three years on the material is not a bad thing for your first album – especially when you work on setting up the atmosphere with spoken word female passages (“In The Transcendence”) or create instrumental purity through streamlined repetition in keyboards and echoing guitar passages (“Ledge Of Oblivion”). Lyrically the 9 main songs tackle the story of a fictional inner being traveling through his own worlds before hitting the edge – and be prepared to learn some new English words you’ve probably rarely heard sung in metal like ‘helotry’, ‘pellucidness’ and ‘truculence’.

The Interbeing would be the first to admit “Edge Of The Obscure” wears its influences proudly on every song. And yet when all the elements align in such a way to make a magical recording, this Danish troop know that they’ll have time on their side to keep striving for even bigger, better things to obliterate an already strong first effort.