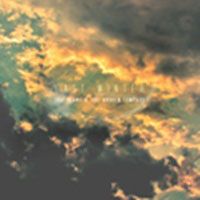 My music tastes run all across the board. Metal certainly remains number one in my soul, but I’ve always taken into account the diverse landscape over rock and roll’s recording history. I believe it’s better to keep an eye and ear on what’s coming at you from all angles than to simply plead ignorance. Lifeforce Records seems to be attune to this similar philosophy, as through the years they’ve stretched their roster out to include bands that certainly have mainstream audience potential. Raunchy from Denmark was the first band to come to mind over their last three studio albums, but Last Winter could be their American act to build a blueprint with in terms of worldwide launch.

This Orlando, Florida band encompass a wide array of alternative, modern rock, power pop and metal influences on this third album “The Heart & The Broken Compass”. For instance “The Northern Lights” contains an opening sequence that moves from U2 -The Edge like jangling into heavier, off tempo heroics towards the song’s conclusion – with vocalist / guitarist Ian Dempsey plaintively calling for love and happiness through the help of nature’s wonders.

Overall these 10 songs have much in common with the current modern rock movement of bands like 30 Seconds To Mars, The Almost, and Anberlin. The hooks are thick, the arrangements very straightforward and designed for easy consumption on the listeners. Personally I prefer the heavier, energetic charge coming from “Yellowbelly” where fellow guitarist Josh Calapa and drummer Chris Pock appear to just put their heads down and level your speakers with this sonic density most modern rock bands won’t dare approach.

The electronic elements on closer “Arrows” I believe water down Last Winter’s impact and should be something they think about phasing out. Those of you who don’t mind a lot of the newer modern/ alternative rock bands that seem to be pulling large theater crowds probably will find Last Winter decent – and it’s good enough to stay in partial rotation for me.