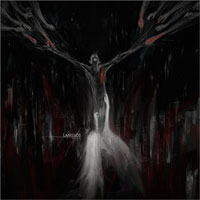 Black/Shoegaze/Progressive reminiscent of Drudkh, at least until the 2nd track. Then it becomes pure Black Metal with an average production. But at least it’s not “true” black metal production where you can’t hear shit except for the screaming. It’s a little one-dimensional, that is one motif appears to dominate the entire song. Some may found that captivating, and to them I say more power to ya. I find it hard to distinguish one song from the other. It does slow down and meander a bit, becomes very moody with clean, early Michael Ackerfeld – style vocals.

The variation within the songs, when it appears, reminds me of Agalloch, but not nearly as arresting as that awesome band. Some similarity to Les Discrets is also palpable. After all, Neige is a member of both bands, so no wonder. The bass is sometimes very thick, sometimes nonexistent.

I must say, though, this album puts me to sleep fairly fast. I’m not saying that it’s boring, it just has this drawn out, sleepy dimension to it that makes me want to find a comfortable bed. Whereas Les Discrets is more engaging and emotionally moving, this one just doesn’t do the same trick for me. I have a feeling that Neige is best in his main band, although there is no denying that he is a tremendously talented and skilled musician. Let’s see what he comes up with next.