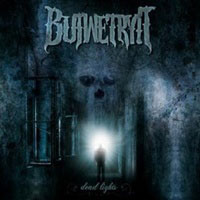 Very decent metal/core. Starts out like a Pantera ballad and the first song, “Bloodritual”, sounds like a mix between If Hope Dies and The Agony Scene, while “Cruel World” is more in the vein Becoming The Archetype from “Terminate Damnation”. Right away the band’s musicianship is impressive even if the vocals leave a lot to be desired. “The Gift And The Curse” is my favorite song, a half-ballad with a very cool main melody, which multiplies with a supporting, slightly different fill, ending the song. Very cool, if not very original motif. From here on it’s your regular metal/core approach, nothing exciting, though solid.

The sound could use a boost, the guitars sound a little thin. Most of the riffs I heard before from someone else, in some capacity, so But We Try It are not going to hell for being too original. I am impressed by some of the solo work, but the breakdowns get a little stale, occasionally. “Remember Me” starts off promisingly with a great melody but then it just plods along much like so far. “Embracing Darkness” has hints of As I Lay Dying and pretty good musicianship. The final two – part, title, closer deserves a special mention for the craft and musicianship. The first one is an instrumental that leads to a little less impressive closer with a pretty original piano outro.

These guys have a great potential, but they need to work on more original songwriting and riffing and get much better sound. I know the first one depends on them, while the second one is mostly luck, so I wish them good luck, indeed. That is all.