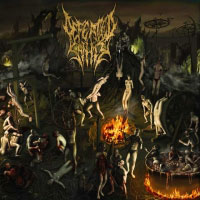 Defeated Sanity crushed it, so brutal yet so many layers of sweetness. Willowtip said it best; THE.MOST.BRUTAL.RELEASE.OF.2010. The others are cool aswell, but this is the only absolute classic of 2010 I’ve heard.

Maryland Deathfest. Just too much good stuff in one place.

Impossible to say. These days Aura Noir I guess, just because they make so much out of so little.

Virus – "The Agent that shapes the desert". Because of the previous 2 and the tracks I’ve heard thus far.