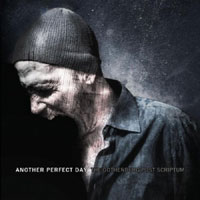 Since Opeth had their definite breakthrough with “Blackwater Park” in 2001 there has been a lot of band trying to move into Opeth territory. Most of these bands fail, but the last couple of years some worthwhile bands have emerged. In Mourning and Leprous have both made excellent albums that arguably are in Opeth-ian territory, and Another Perfect Day isn’t far behind. None of these three newcomers have the evident 70’s progressive reference points that Opeth is so famous for. But they all resemble the Swedes when it comes to the progression on the compositional level in their songs. Riffing and sound is similar, vocals are somewhat different.

Another Perfect Day sounds like something between In Mourning and Opeth. It is a bit more straight forward than In Mourning, but what APD lack in technical showoff, they definitely make up for with their strong melodic content. There isn’t one bad song on this album. “The Great Nothing” is a great ballad while “In the End… The End” and “Composition in Black” venture into progressive doom death metal territories. Still, I prefer the midtempo progressive riffing and melodies of the reminder of the material. The opener “For You…Forever” and its follow up “The Matador” is without a doubt the two strongest tracks on the album, but the rest isn’t far behind.

APD does have a nice mix between clean vocals and grunts. Extreme vocals are more prominent, but the clean parts are also very well done. Just check out “The Ghost She Slept Beside Me”. Don’t’ expect the out of this world vocals of mister Åkerfeldt, just enjoy what you get, cause it is definitely worth every minute. Give it some time and I’m sure you’ll find this a rewarding album. I hope this project decide to continue, since they probably have the potential to develop into a monster band. If improvements were made on a possible second album, it should be a beast of an album. I really hope for more in the future.