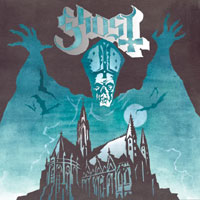 Merging together music & the Devil himself, creating the album which many have wanted to create.

The Return Of Maniac Butcher. That they actually managed to create a worthwhile album & not just a "what-once-was" one.

Deicide – the band’s over the top quality throughout the first three albums and Benton’s bigger than thou’s persona.

Black Majesty. it is time.

GLEN BENTON (Deicide) – A Child of the Underworld