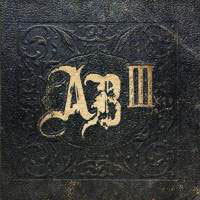 Regular rock radio in North America has moved from a format where disc jockeys could really break records and bands to one where money and tight play lists rule the land. There are a few bands though that emerge even during these current times who one doesn’t mind hearing often, especially if they display a quality combination in their music style, songwriting and performance. This Florida act would be one set of musicians currently hitting this category.

For those new to Alter Bridge and this third album, know that three-fourths of this band come from the band Creed – who achieved monumental success worldwide in the 1990’s and early 2000’s, selling over 26 million albums in the United States and another 4 million plus worldwide. There were many years where you couldn’t avoid this band on your television, on your stereo, or any radio station from East to West Coast and all points in between.

So what you will get with Alter Bridge is Myles Kennedy as a vocalist who maintains the classic rock main man pipes one expects fronting guitarist Mark Tremonti, bassist Brian Marshall and drummer Scott Phillips. Their sound isn’t far removed from Creed – it’s got the heavy guitar tone and dynamic incessant rhythmic grooves that you would expect from an artist who loves Alice In Chains, Pearl Jam, Led Zeppelin and also understand that listeners desire something hook wise that’s easy to wrap their ears around and hum for weeks beyond exposure.

“Isolation” the first single charges with this chugging Tremonti riff juggernaut and Myles’ equally sinister slithering vocal attack. “Still Remains” plunges deep into Sevendust down tuned land, while the power ballad “Wonderful Life” begins in a softer, 70’s manner with an engaging chorus and dark harmonies that assure it permanent set list stature. Mark willingly uses acoustics to provide texture to some of the more atmospheric terrain, often transitioning back and forth with his normal electric overdrive on songs such as “Make It Right” and “Fallout”. I do think the band could up the ratio of high energy songs just a tad, as I know they have the ability to still retain hooks even at faster tempos- yet this is a minor flaw they may improve upon with the follow up.

14 songs and an hour of new Alter Bridge – it may not be revolutionary but for current heavy rock with occasional alternative leanings, they are one of the best still putting out records.